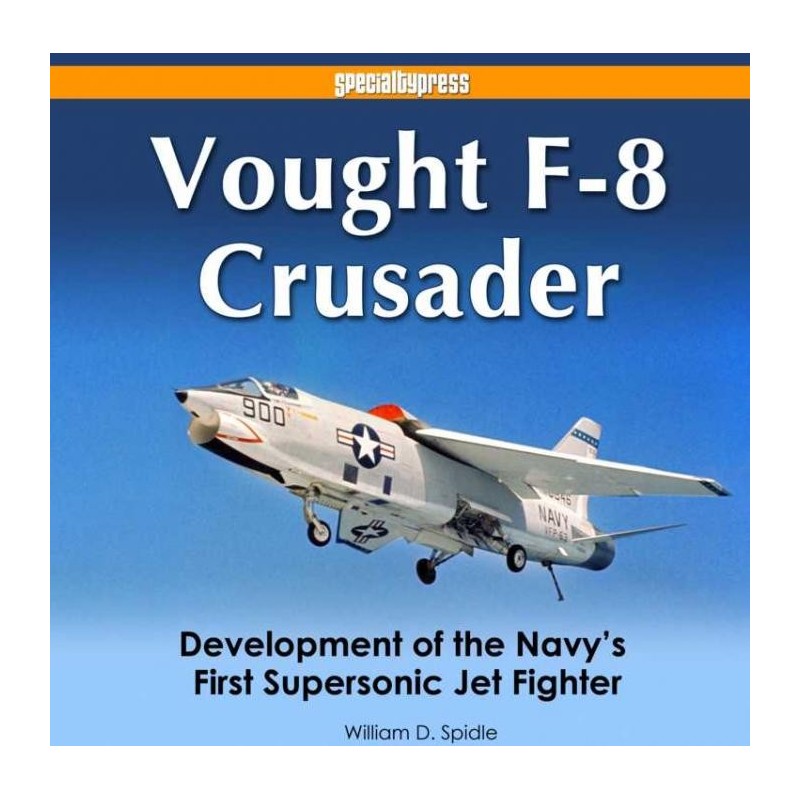 Filling a void in major works on legendary U.S. Naval carrier- based jet aircraft, this book is the definitive work on the design, development, flight testing, and initial service history of the Chance Vought F-8 Crusader. Having become the Navy's first fully-operational supersonic aircraft, the F-8 went on to a colorful career during the Cuban Missile Crisis and then in the Vietnam War as a potent MiG-killer. During that conflict, the Crusader distinguished itself as one of the most historically significant aircraft of the Cold War era.

The 12 detailed chapters in this book thoroughly cover every aspect of the F-8's design and development, from earliest Navy BuAir specs through mock-up, prototype, flight test, and carrier qualifications. Lavishly illustrated with high-quality original factory photos and technical illustrations, this book provides a behind-the-scenes look at America's proud aerospace industry in its heyday, when a jet fighter that launched from, and recovered on, an aircraft carrier achieved routine supersonic performance in combat.

The Vought F-8 Crusader, in all its variants, remains to this day as one of the most successful military aircraft ever built. Detailed coverage of this aircraft's design and development, production, record flights, the XF8U-3 Super Crusader, significant NASA variants, and foreign operators augments the story of the F-8's development. In so doing, this book provides the vital "missing link" in the story of this legendary aircraft: the