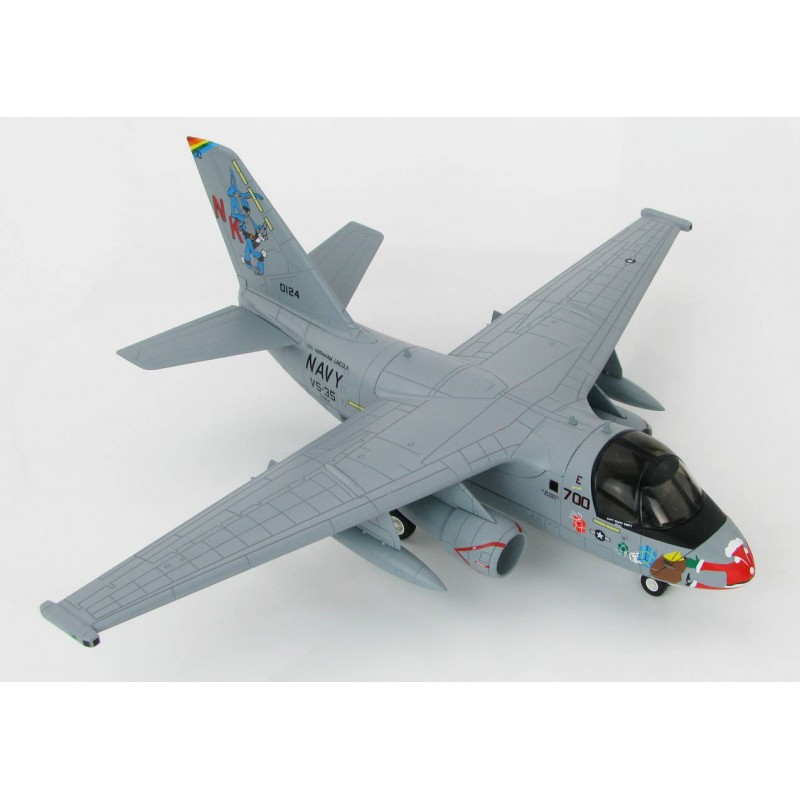 In 1974 the Lockheed S-3 Viking entered service with the USN as a twin-engine jet aircraft used for enemy submarine warfare. By the late 1990’s the role shifted to surface warfare providing the carrier battle group with long range surveillance capabilities and aerial refueling. The S-3 was in production from 1974 until 1978 with 186 (187) aircraft completed. Most airframes saw upgrades to the S-3B and sixteen became ES-3A “Shadow” electronic intelligence collection aircraft. The low pitch sound of the engines earned the S-3 the nickname “Hoover” after the vacuum cleaner.