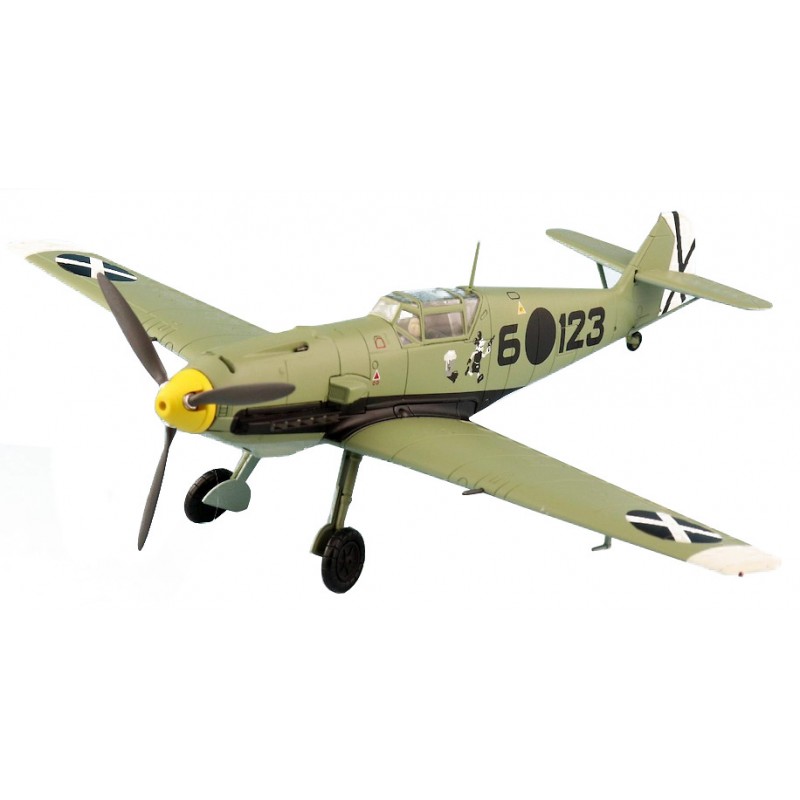 The first German mass produced 109 fighter was the Bf-109E that has been mistakenly referred to as the Me-109. The Bf is the designator for the Bayerische Flugzeugwerke (BFW) (Bavarian Aircraft Works) that produced the original aircraft. In 1938 Messerschmitt took over BFW but throughout WWII German handbooks and documents referred to the aircraft as the Bf-109. By the end of 1939 the Bf-109E (Emil) had replaced all other 109 variants and equipped 13 Gruppens with 40 aircraft each. The Bf-109 was the main single-engine aircraft until the Fw-190 came along.

Hans Schmoller-Haldy was a member of the German Condor Legion and arrived in Spain at the end of the Spanish Civil War and because of the late arrival didn’t score any victories. However his Bf-109E-3 did have one of the more unique paint schemes. Not only did it have the 3. Staffel Mickey Mouse emblem but he added his personal touch, an overflowing beer stein with the initials CP marked on it. The CP stood for "The Order of Cardinal Puff", a pilot’s beer club in Belgium. Later in WWII he scored 14 victories.