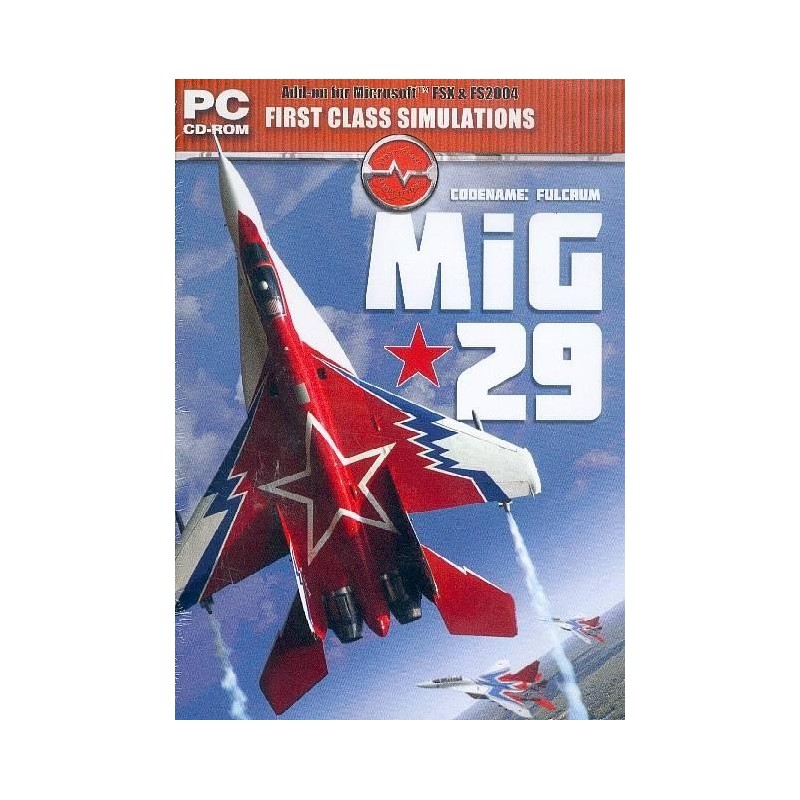 The MiG-29 is not only an extremely manoeverable an versatile fighter aircraft that can be developed into an export success.

Apart from Russia, the air forces of over 30 nations have displayed the MiG-29. After reunification, the Federal Republic of Germany look over 24 MiG-29s of the former national peoples' army and, as a result became the first NATO member to deploy this aircraft.

AFS-Design has now modelled the MiG-29 in the add-on for FS2004 and FSX. It comes with highly detailed external modelling and a completely animated virtual cockpit and is ready for take-off. Various liveries including the air forces of the Federal German and German Democratic Republic (GDR): Russian air force with special liveries as well as those of the Polish, Hungarian and Slovakian air forces.