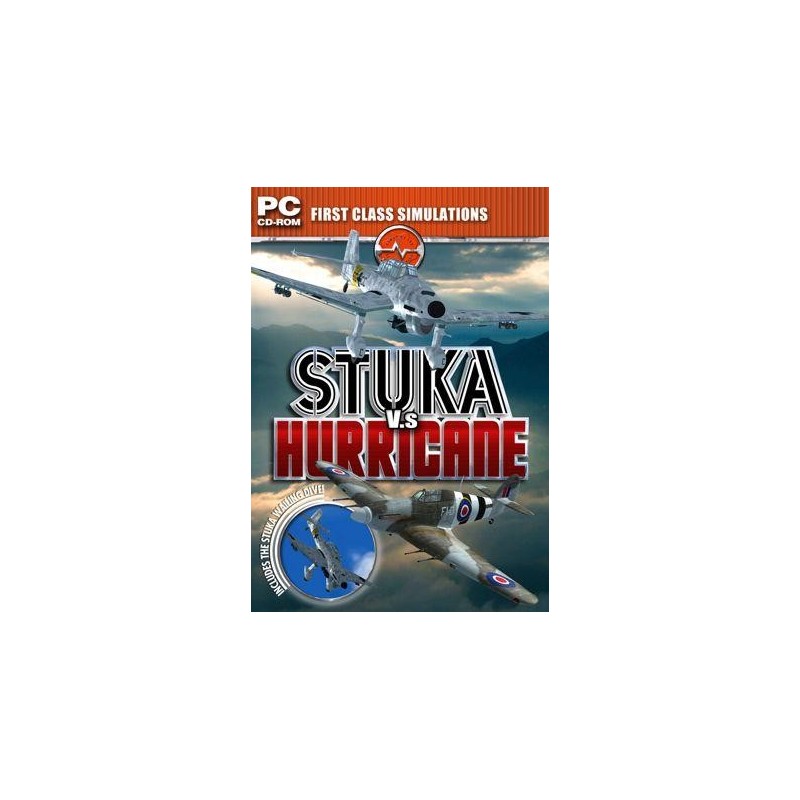 STUKA vs. HURRICANE (Expansion for Microsoft Flight Simulator 2004 and FSX).

Operating in almost every campaign of World War 2, the Junkers Ju87 Stuka was the pride of the Luftwaffe. With its trademark siren - "the Horn of Jericho", daring Stuka pilots would put their aircraft into a vertical dive as they attacked their targets!

Push your flying skills to the edge and beyond in a test of nerve as you dive towards the ground at 300MPH! How low can you go?

The meticulously detailed Stuka has been carefully crafted by a team of experts to recreate an authentic flying experience with a stunning 3D recreation of the aircraft featuring accurate period liveries. Strap yourself in and fly in a cockpit so realistic you will grip your seat as you hurtle towards the ground, siren wailing!

The allies too had their own ground attack bomber in the guise of the Hurricane. The MK IIC Hurricane, dubbed the "Hurribomber" was the allied alter ego of the Stuka, performing attack missions on behalf of the Royal Air Force, often on dangerous night intruder missions. This custom version of the award winning Hurricane simulation, available exclusively in this package, storms into the air as a formidable opponent to Axis air power!

Accompanied by detailed histories of each aircraft, a Stuka dive tutorial, panel guides and missions (Flight Simulator X only) Stuka Vs Hurricane pitches two iconic aircraft head to head in the ultimate battle for aerial supremacy.

STUKA vs. HURRICANE (Expansion for Microsoft Flight Simulator 2004 and FSX).