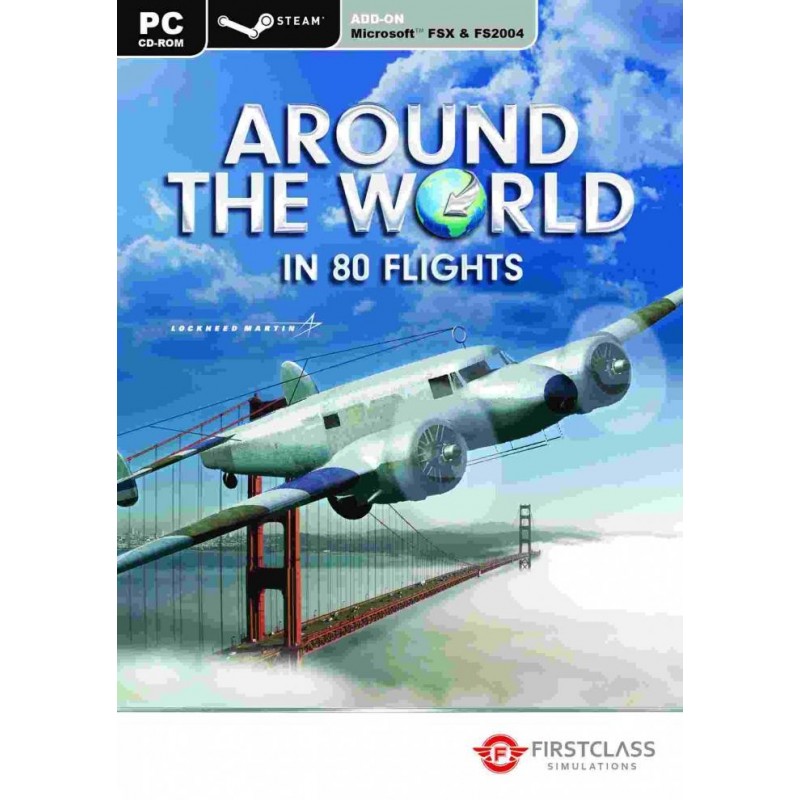 Take off in an easterly direction from the historic Farnborough airfield in the UK and embark on an epic 80-leg journey around the world. From the northern most tip of Sondro Strømfjord in Greenland to Darwin, Australia in the southern hemisphere, the entire route has been carefully chosen to showcase the breath-taking beauty of planet Earth. From the Alps and Pyrenees to the mighty Himalayas, the lonely flight of the Pacific Ocean to the vast land mass of the USA, in Around the World you will have a bird's eye view on natural wonders many of us only dream of seeing in reality.

The box includes both a PC CD-ROM which is compatible with earlier versions of MicrosoftTM FS2004 and FSX as well as a separate Steam key for use with the latest Steam Edition of FSX.