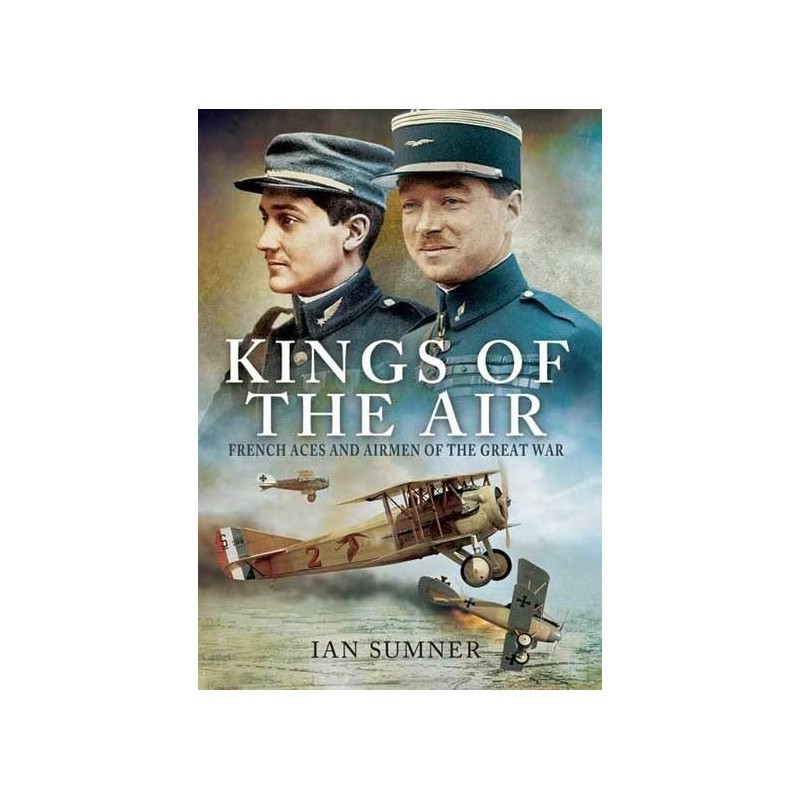 KINGS OF THE AIR. French Aces and Airmen of the Great War.

In comparison to their British and German counterparts, the French airmen of the Great War are not well known. Yet their aerial exploits were just as remarkable, and their contribution to the war effort on the Western Front was equally important. That is why Ian Sumner's vivid history of the men of the French air force during the war is of such value. He tells their story using the words of the pioneering pilots and observers themselves, drawn from memoirs, diaries, letters, and contemporary newspapers, magazines and official documents. The recollections of the airmen give an authentic portrait of their role and their wartime careers. They cover recruitment and training, reconnaissance and artillery spotting, aerial combat, ground strafing and bombing, and squadron life. They also highlight the technical and tactical innovations made during those hectic years, as well as revealing the airmen's attitude to the enemy - and their thoughts about the ever-present threat of injury and death.

- The Great War experience of French airmen, in their own words

- Celebrates the achievements of the air aces and the ordinary airmen

- Records technical and tactical innovations as they happened

- Insight into the perceptions and emotions of pioneering pilots

- By the same author as They Shall Not Pass

KINGS OF THE AIR. French Aces and Airmen of the Great War.