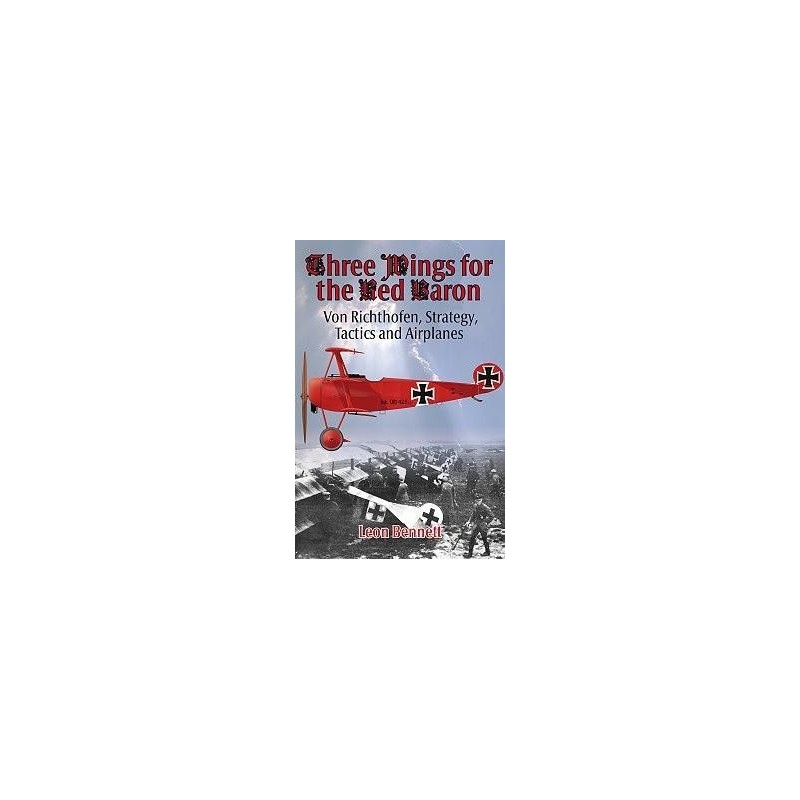 Three Wings for the Red Baron explores the career of Manfred von Richthofen, top fighter pilot in the German Luftwaffe during the First World War, and tells the story of his famous three-winged airplane, the Fokker Triplane.

A descendant of prosperous landowners, Baron von Richthofen was no revolutionary. And yet, while seeking to fit in with his peers, he was often driven to move into new directions dictated by personal logic. Trained for the cavalry, he switched to the Air Service when machine guns doomed the fate of the horse soldier: if he were to die, it must not be a pointless death.

As a flier, having to overcome a lack of talent for aerobatic maneuvering, he chose the duel as a role model: pilot versus pilot. He learned that much could be achieved with a powerful single-seater machine against a low powered and poorly maneuvering enemy two-seater. This became Richthofen's preferred form of combat, leading to an extraordinary series of victories.

With the advent of fully aerobatic combat, Richthofen was forced to rethink his approach. The chance sighting of an agile British Sopwith Triplane demanded a fresh response. He enlisted the services of Anthony Fokker to design a competing German Triplane. This machine, the Red Baron's Three Wings, led to his final victories, and to his death.

His death was unclear. Within the time span of minutes he was fired on from three different sources: fighter pilot Roy Brown, several ground based anti-aircraft machine gunners, and numerous infantry riflemen. One succeeded, but who? Fresh examination of the available evidence suggests that the unknown rifleman possibility deserves more attention. While not conclusive, much aerodynamic and probability reasoning favors the rifleman version.

Strangely, a thorough examination of the triplane's characteristics by the British Sopwith, the French SPAD, the USA Curtiss and MIT revealed little that was praiseworthy. If anything, the six wingtips were a sure sign of high drag and a corresponding low speed. The resulting British rejection of the concept seems understandable. Yet in Fokker's hands, three wings, aided by fat airfoils and low weight design, supplied superb maneuverability. His design approach is fully detailed in the book.

The special tactics employed by the Red Baron were crucial to the success of his Three Wings, in particular those downplaying speed and stressing agility. Numerous sketches included in the book serve to make the Red Baron's combat tactics clear.