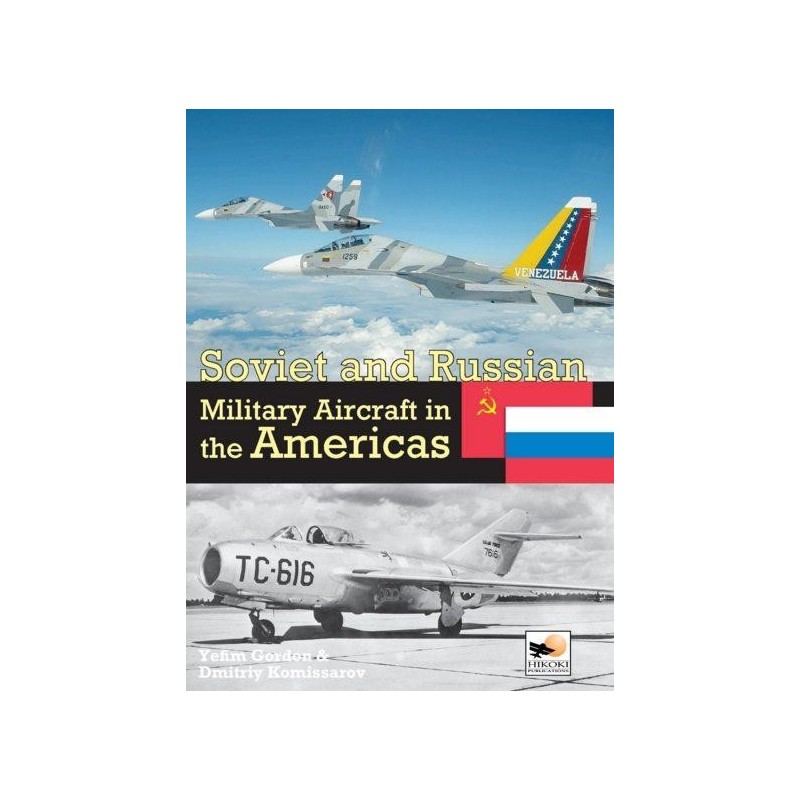 The first recipient of Soviet military hardware in the Americas was Cuba in 1959. Since then the Cuban Air Force has operated the MiG-15 to the MiG-29, An-26 and Il-76MD transports and more. Cuban combat aircraft have seen action against the ships and aircraft used by the CIA in its subversive activities against Cuba. Other Latin American nations have also ordered Russian military aircraft - based on common sense and economic expediency rather than political affiliations. These include Mexico: Brazil: neighbouring Colombia: the Argentina Air Force and Bolivia which is among the latest customers for the Mi-17, which it plans to use for drug-busting operations. Another major customer for Soviet aircraft was Peru, which ordered An-26 and An-32 transports, MiG-29 fighters, Su-20/Su-22 fighter-bombers and Su-25 attack aircraft. Peruvian Su-22s have been involved in the border conflict with neighbouring Ecuador and Soviet aircraft (notably Mi-17 and Mi-24 helicopters) have been actively used by the Sandinista regime in Nicaragua against the US-backed Contras insurgents during the civil war. More recently, Venezuela, another country noted for its anti-US stance, purchased a large batch of Su-30MKV multi-role fighters, as well as Mi-17 and Mi-26 helicopters. Written by the acknowledged experts in the field and illustrated throughout with photographs and colour artwork, this is the definitive record of Soviet and Russian military aircraft and their combat operations in this region.