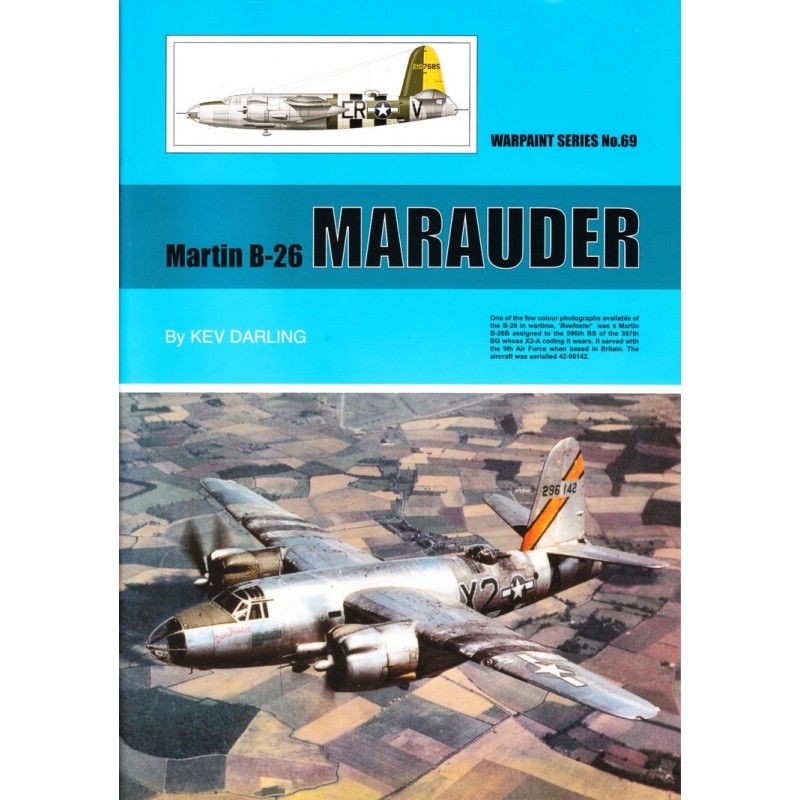 Ordered straight off the drawing board the Martin B-26 Marauder gained an early reputation as a widow maker. However this was an unfair assessment as the aircraft instructors of the time were as unsure of the new machine as were the tyro's they were supposed to be teaching.

In light of this the Truman committee attempted to cancel the programme however strong opposition from combat crews already taking the war to Japan soon put a stop to this action. For their part Martin increased the wingspan which improved the handling throughout the flight envelope.

Although the Marauder had made its first combat flights in the Far East it would be over Europe that the Marauder would gain its reputation as a combat aircraft that could give as well as take punishment. Initially deployed with the 8th AAF the handful of units with this airforce were transferred to the more tactically orientated 9th AAF while the 8th concentrated upon strategic bombing.

As well as serving with the 9th AAF the B-26 was assigned to units of the 12th and 15th Air Forces all three acting in concert against target all over Europe. Outside of the American forces the Marauder was flown by units of the Royal Air Force, the Free French Forces, the South African Air Force and the US Navy. Written by Kev Darling this latest Warpaint covers all versions of this rugged bomber and is illustrated in colour by Richard J.Caruana.

Unique 1:72nd scale plans are also included as well as lists of airforce and unit use plus production details.