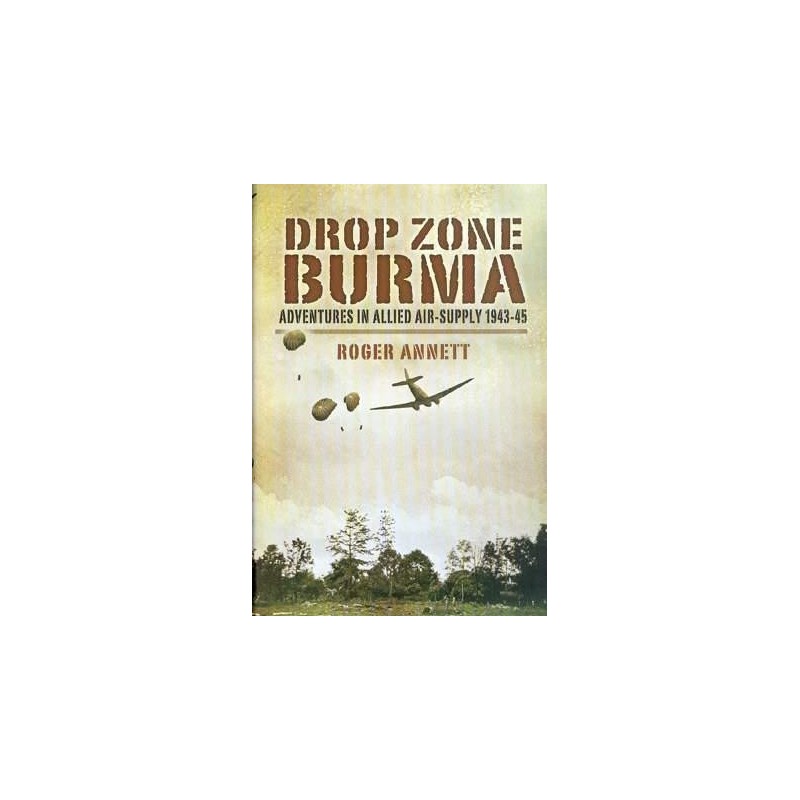 - Air-dropped supplies were a vital part of the Allied campaign in Burma during World War II. The transportation of munitions, food and medical supplies was undertaken in the most difficult situations, both on the land where the air bases were often situated in remote tropical jungle terrain and in the air when hazardous flying conditions were met in the steamy airs above the carpet of forest treetops.

This book is based upon the memories of nine veterans of the campaign: John Hart, an air-dispatcher with 194 Squadron: Peter Bray, a Dakota pilot with 31 Squadron: Arthur Watts, a fitter with both 31 and 194 Squadrons: Colin Lynch an Observer on 31 Squadron: Norman Currell, a Dakota pilot with 31 Squadron: George Hufflett, 1st Queen's Infantry: Ken Brown, Royal Signals: Eric Knowles, the Buffs and Dame Vera Lynn who was with ENSA during the campaign. It describes how they arrived in Burma and their previous wartime experiences and then explains there parts in the famous actions such as The Defence of Arakan, The Sieges of Imphal and Kohima, the Allied Counter-attack, the Advance to Mandalay and the Race to Rangoon.

The author explains the background to this theatre of war and then puts the veterans memories into context as the campaign progresses.