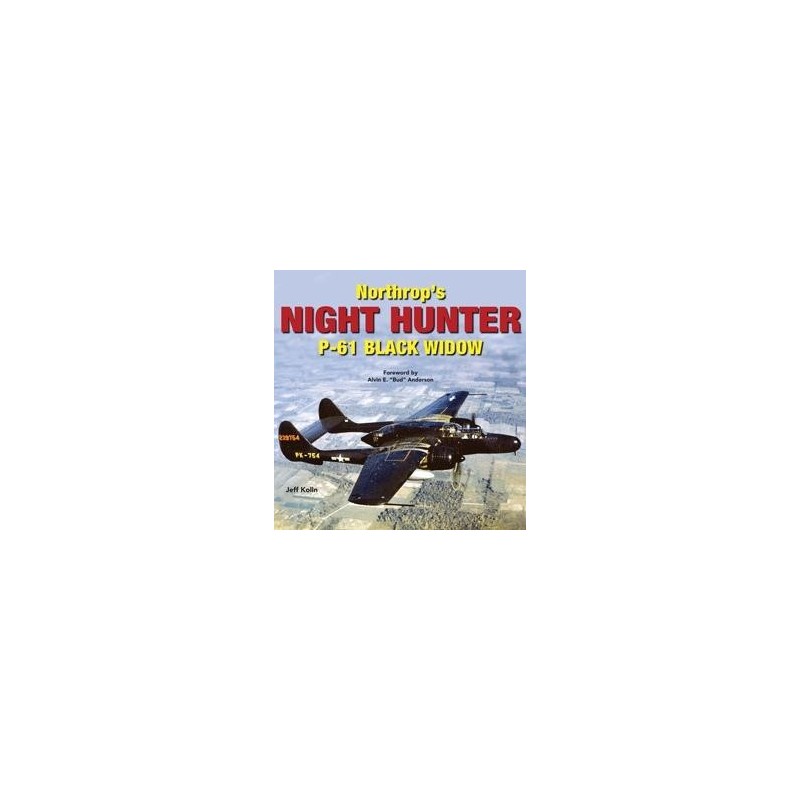 World War II changed the face of warfare forever. Now enemies were fighting and flying all night, which mandated that a fighter be developed that could carry a new technological invention aloft radar. Guided by ground stations toward the target, the P-61 would acquire an enemy aircraft with its on-board radar and close for the kill.

Northrop's Night Hunter covers the development history of the P-61 Black Widow and the radar built specifically for its use. The P-61 was the most successful Allied night fighter of the war, and flew combat in the China-Burma-India, European, and Pacific theaters of the war. This book details the aircraft's offensive and defensive systems, its operations, and covers its unique uses from missile testing to flights by the U.S. Navy.