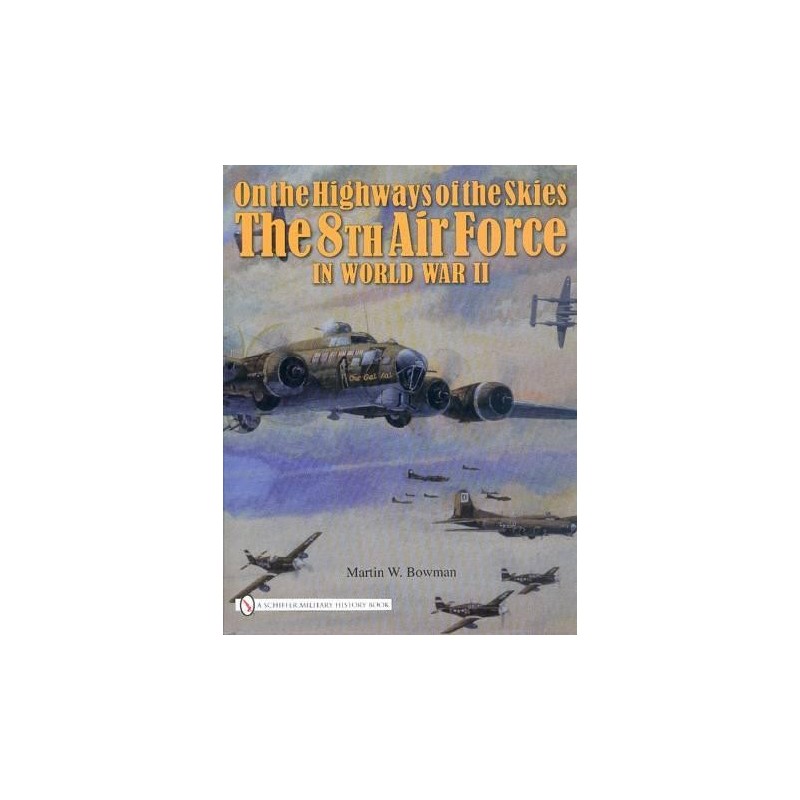 ON THE HIGHWAYS OF THE SKIES THE 8Th AIR FORCE IN WORLD WAR II.

The story in words and pictures, many of them never before seen, of the U.S. 8th Air Force fighter and bomber groups of the 1st, 2nd, and Third Air Divisions 1942-45. Many first person stories tell what combat was like in the skies in the ETO against the Luftwaffe Gruppes of Bf 109s and Fw 190s and the B-17 Flying Fortresses and B-24 Liberators. Many first hand accounts detail the frenetic missions that were fraught with flak and fighters as the U.S. Strategic Offensive reached into the deepest parts of the Reich. Also told are stories from the Luftaffe experten who opposed the bomber fleets and the fighter escorts as they sounded the death knell of the Luftwaffe.

ON THE HIGHWAYS OF THE SKIES THE 8Th AIR FORCE IN WORLD WAR II.