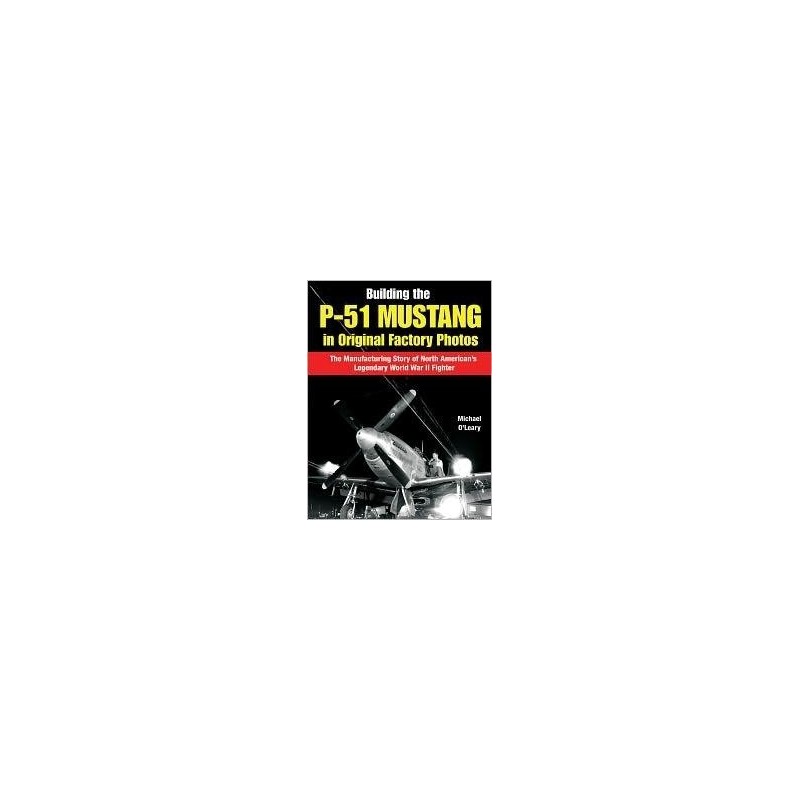 BUILDING THE P-51 MUSTANG. The Story of Manufacturing North American's ......

The P-51 Mustang holds a fascination unlike any other World War II aircraft, and countless books have been written about nearly every aspect of the Mustang's colorful history. However, the story of manufacturing the airplane itself is usually contained only in the opening chapters of these books. Now, for the first time, here is a major work devoted strictly to telling the story of how this legendary airplane was designed and built using rare original factory photographs, documents, and unique engineering information. The author uses more than 300 original photos culled from his personal archive of official factory and USAAF images, many of which have never before been seen in any publication whatsoever. This book will provide a vital missing link in the saga of this famed World War II aircraft, and is sure to become a valued addition to the libraries of P-51 modelers, historians, enthusiasts, and pilots in both the United States and England.

BUILDING THE P-51 MUSTANG. The Story of Manufacturing North American's ......