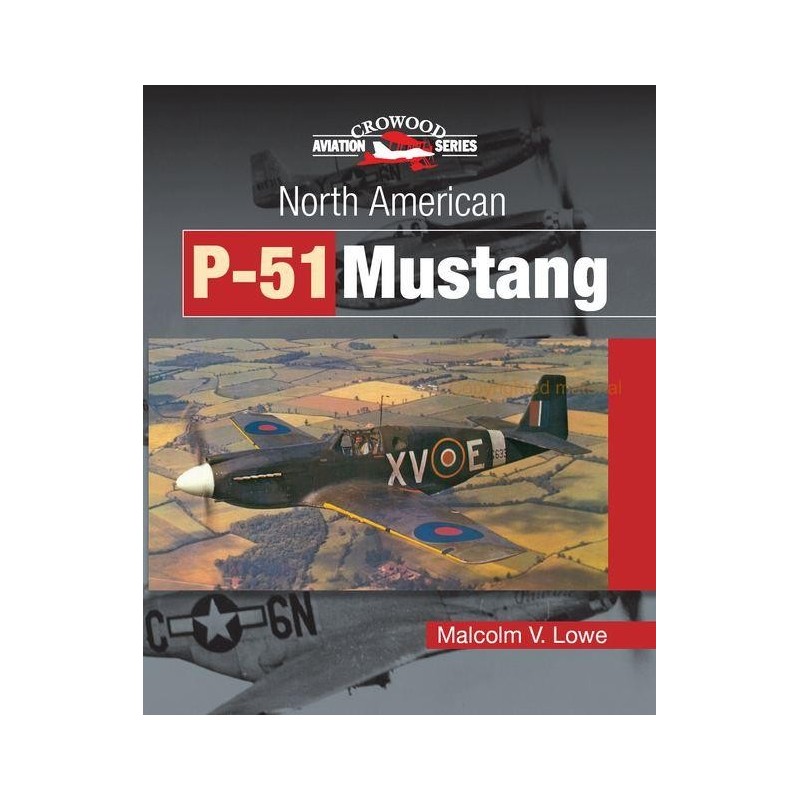 The P-51 Mustang is one of the greatest warplanes of all time. Developed as a private venture, it was seized upon by the British as the answer to their shortage of fighter aircraft in the early months of World War Two. Early Allison-engined Mustangs lacked performance at high altitude, but the great promise of the airframe was clear, and when fitted with the Rolls-Royce Merlin the Mustang became one of the best pistoned- engined fighters ever built. Not only was its performance on a par with the best British and German fighters of the era, but it was the first single-engined fighter with range sufficient to accompany bombers from Great Britain to Berlin and back.

A product of over two decades of research by Malcolm V Lowe, this new history of the Mustang tells the full story of its development, technical features and operational history, and also looks at its long post-war career as warbird and racer. Malcolm Lowe also dispels many of the myths that have grown up around the Mustang.