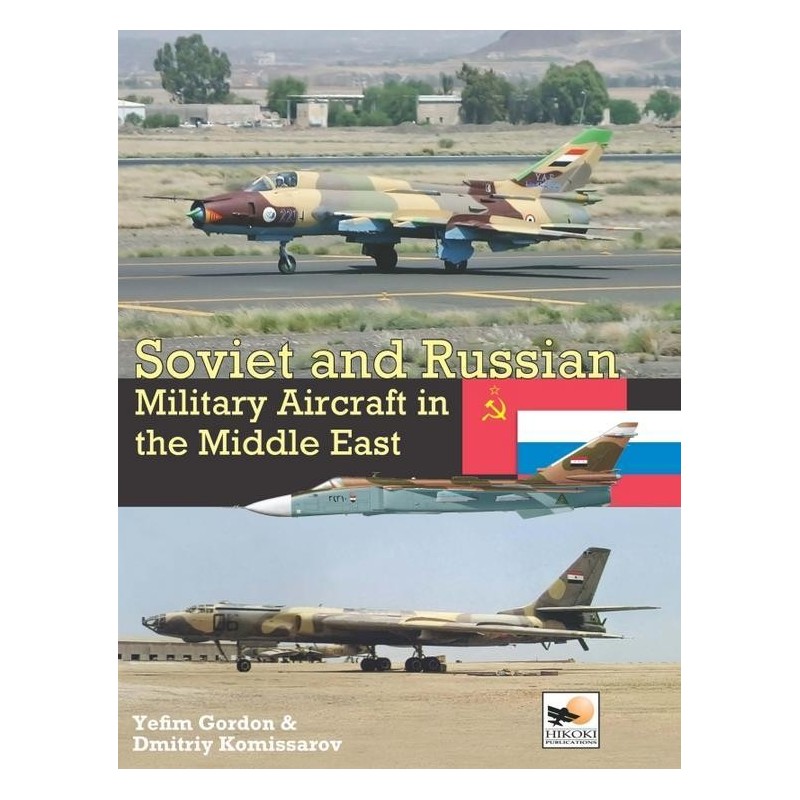 SOVIET AND RUSSIAN MILITARY AIRCRAFT IN THE MIDDLE EAST.

By the mid-1950s the export of Soviet arms expanded into the Middle East and were immediately sent to war. Forming the backbone of, amongst others, the air forces of Iraq and Syria, Soviet aircraft were involved in major conflicts such as the Suez Crisis, the Six-Day and Yom Kippur Wars, the Iran-Iraq War, the First and Second Gulf Wars and, more recently, the civil war in Syria.

Wars which included Egyptian and Iranian forces also took place entirely in the Middle East and full details of both forces using genuine Soviet types (obtained either from Russia or from Iraq) and their Chinese derivatives are examined.

Arranged by country and using previously classified sources, Soviet and Russian Military Aircraft in the Middle East includes details of combat use and comprehensive fleet lists of all known Soviet/Russian military aircraft. Highly illustrated with over 375 photographs, national insignia and over 150 colour profiles the book forms an invaluable reference for modellers, enthusiasts and aviation historians alike.

SOVIET AND RUSSIAN MILITARY AIRCRAFT IN THE MIDDLE EAST.