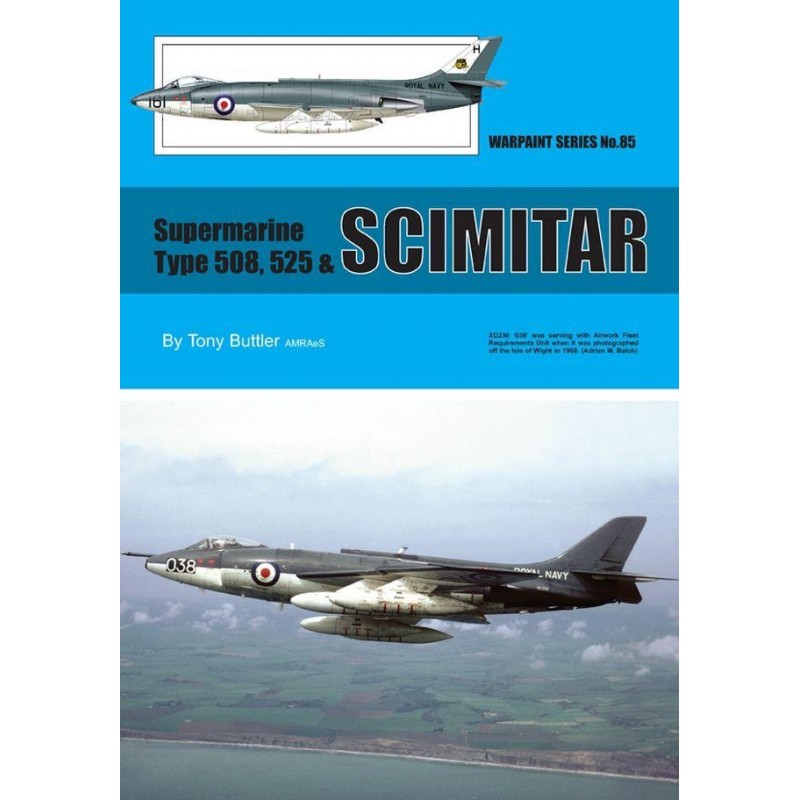 The Supermarine Scimitar was the first swept-wing, twin-engined, single-seat jet aircraft to serve with the Royal Navy and it was also the last all-new fighter type to be designed and built by Supermarine.

It evolved from a straight wing design called the Supermarine Type 508, passed through a swept wing development called the Type 525 and then matured into a service aeroplane. When the aircraft entered service it was the largest and heaviest aircraft yet to land on a British aircraft carrier.

In the end well under a hundred examples were built and the types career was relatively quiet, but the Scimitar was an immensely strong and a spectacular-looking aircraft, an incredibly fast and noisy one as well, and it gave the Royal Navy a nuclear capability.

In fact the Scimitar took on much of the Navys conventional and nuclear strike operations but fortunately was never called upon to deliver any type of weaponry in anger. The story is quite fascinating.