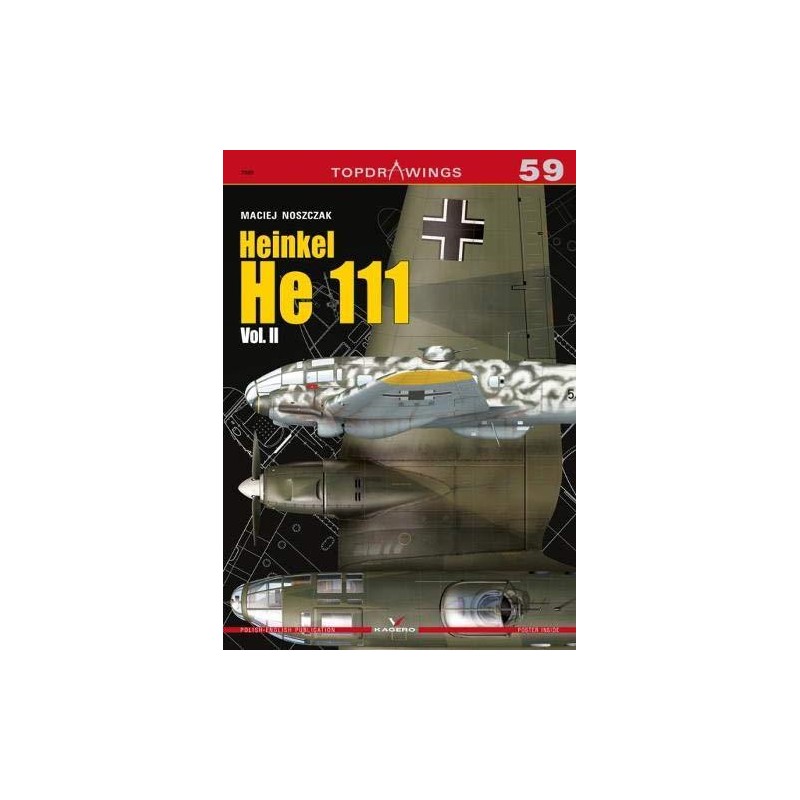 The "H" version of He 111 was the most popular variant of described bomber. The first model of this version "H-0"  was based on the serial He 111P-2 but had Junkers 211A-1 engines, which later were used as a standard propulsion of He 111H variants, eventually replacing lighter, but weaker and difficult to acquire Daimler Benz engines DB 601 units (they were prioritized to fighters).