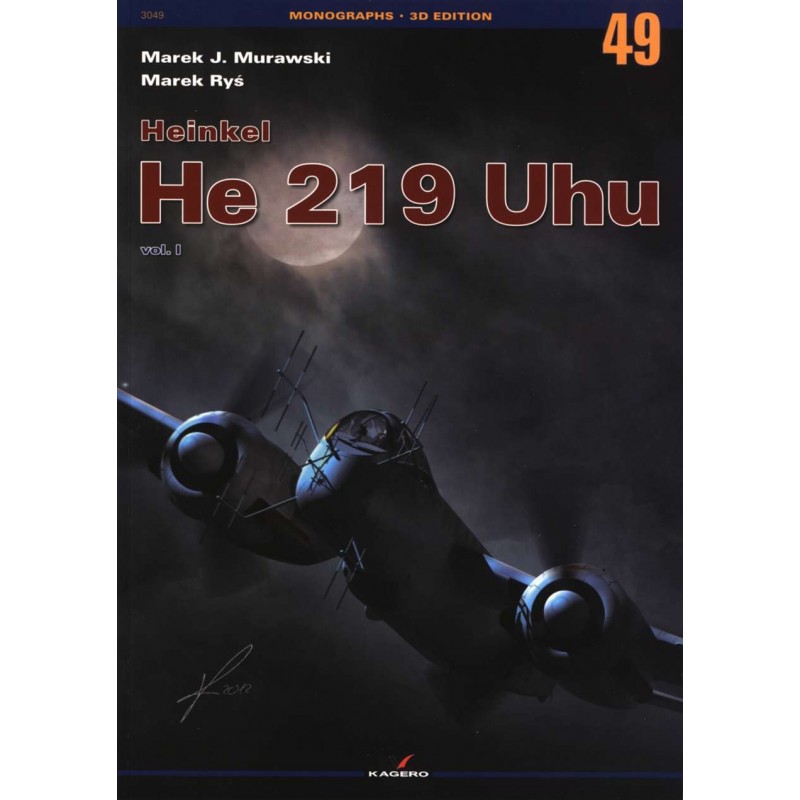 The Heinkel He 219 Uhu was a night fighter that served with the German Luftwaffe in the later stages of World War II. A relatively sophisticated design, the He 219 possessed a variety of innovations, including an advanced VHF-band intercept radar. It was also the first operational military aircraft in the world to be equipped with ejection seats, and the first operational German World War II-era aircraft with tricycle landing gear. Had the Uhu been available in quantity, it might have had a significant effect upon the strategic night bombing offensive of the Royal Air Force; but only 294 of all models were built by the end of the war and these saw only limited service. About the Series Monographs focuses on an individual type of aircraft. Each monograph contains descriptions of the aircraft's origin, its variants and combat history. Each volume includes several hundred archive photographs, technical scale drawings and colour profile artwork. Each book also has free extras for modellers, with decals and masking foil.