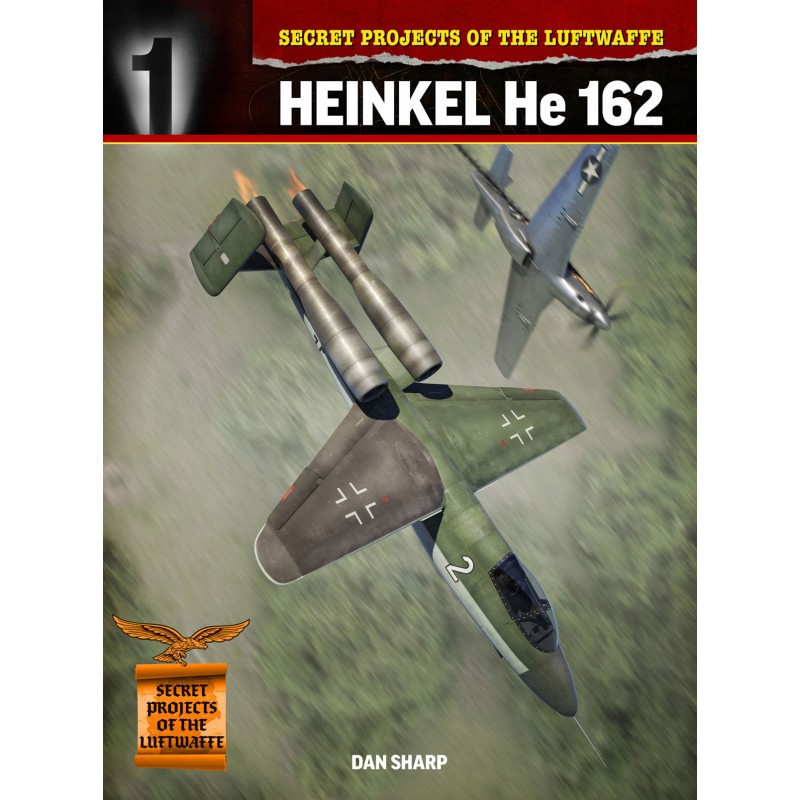 Heinkel’s single-jet He 162 fighter arrived in Luftwaffe service at the very end of the Second World War - but its development can be traced back to the beginning of July 1944. A contest had been set in motion to design a powerful and aerodynamically advanced replacement for Messerschmitt’s twin-jet Me 262 and Heinkel believed it could win.

As the competition progressed and Germany’s resources dwindled, it became clear that an advanced jet fighter was not what the Luftwaffe needed. A new concept was formulated: a cheap, basic fighter equipped with a single readily-available turbojet. The advanced fighter contest was temporarily shelved and Volksjäger was born.

Swept metal wings, V-tail and HeS 011 engine swapped for straight wooden wings, conventional tail and BMW 003 engine, Heinkel’s fighter design was rushed through a brief selection process before Adolf Hitler himself placed an order for 1,000 a month. A massive effort saw the He 162 go from blueprints to flying prototype in less than two months. But was it a triumph of engineering prowess or a costly white elephant which hastened the end of the war? Using contemporary documents, author Dan Sharp explains and explores the development history of this fascinating and controversial late-war ‘secret project’.

Secret Projects of the Luftwaffe Close Up offers an unparalleled and authoritative look at the most unusual and important ‘secret projects’ aircraft designed and developed in Germany during the Second World War. Detailed development histories show exactly why these designs were created and how they related to the successes and failures of Germany’s wartime aircraft manufacturing programme. Each volume uses the latest archival research and features rare photographs and drawings alongside new artwork.