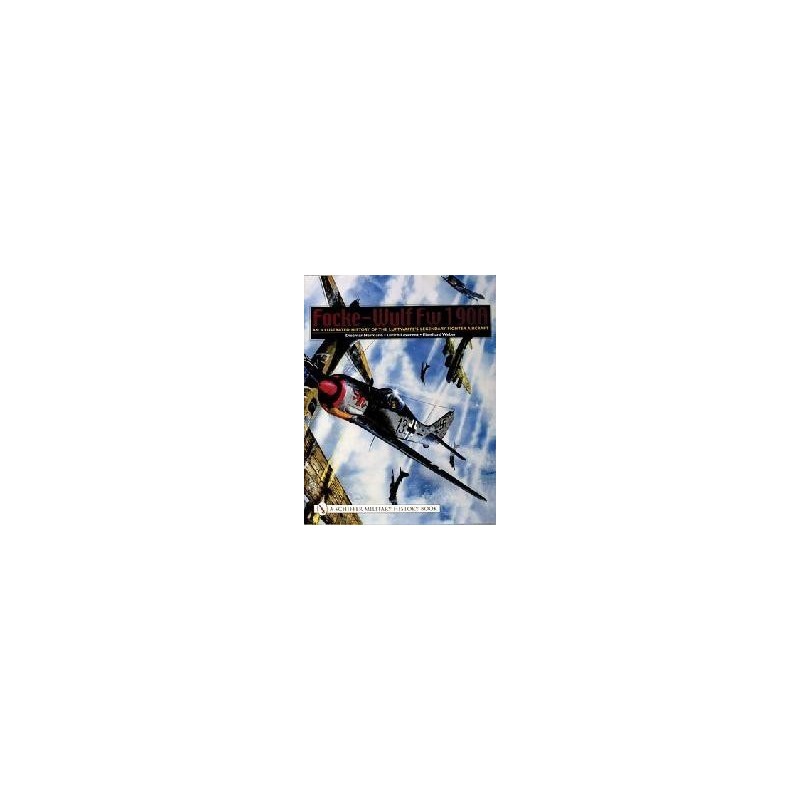 This book deals with the development history and testing of this fighter aircraft and production of the early variants of the Fw 190 A. An interesting comparison between the Bf 109 and the Fw 190 shows the strengths and weaknesses of the two aircraft, and authentic reports by former test pilots of Focke-Wulf and the Rechlin Test Station document the aircraft's performance. Also covered are the later torpedo-carrier and reconnaissance versions of the Fw 190. Together with the Messerschmitt Bf 109, the Focke-Wulf Fw 190 formed the standard equipment of the German fighter arm in the Second World War and today is considered one of the most capable fighters of that period. Initial flight trials in 1939 revealed a number of shortcomings, nevertheless the basic concept of the Fw 190 proved extremely successful. In contrast to the Bf 109, which was powered by a liquid-cooled, inverted-vee engine, in developing the Fw 190 Prof. Kurt Tank selected the BMW 801, an air-cooled radial engine that was less sensitive to battle damage. The broad-track undercarriage also gave the Focke-Wulf fighter much superior takeoff and landing characteristics. The Fw 190 entered quantity production by Focke-Wulf and license manufacturers Fieseler, AGO and Arado in 1941. It proved an immediate success in combat operations in 1942, proving itself superior to the Spitfire in some respects. Lavishly illustrated with photographs and drawings, many of which have not been published before, this book provides both aircraft enthusiasts and modelers with a wealth of information, and fills a gap in the history of aircraft design in Germany.