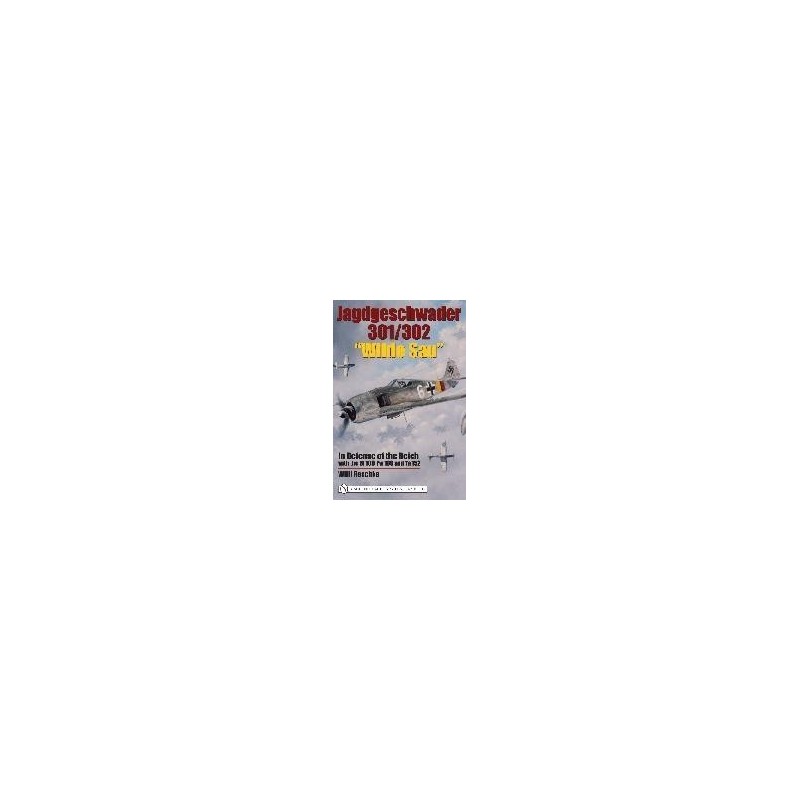 Jagdgeschwader 301 and 302 were established in 1943. Their mission was to intercept enemy bombers at night flying fast single-engined fighters. But they also had to engage Allied bombers by day. The pilots of these new fighter wings were a mix of former bomber pilots and trained fighter pilots ? a unique composition for the Luftwaffe. Night missions required good instrument training, like that given to bomber pilots. The fighter pilots were more familiar with the available aircraft and combat tactics. A former fighter pilot himself, Willi Reschke describes the difficulties of crossing over from day to night fighting and vice-versa. He describes the difficult missions flown by JG 301/JG 302 and the fates of their pilots, providing the first chronicle of the ¿Wilde Sau? Geschwader.