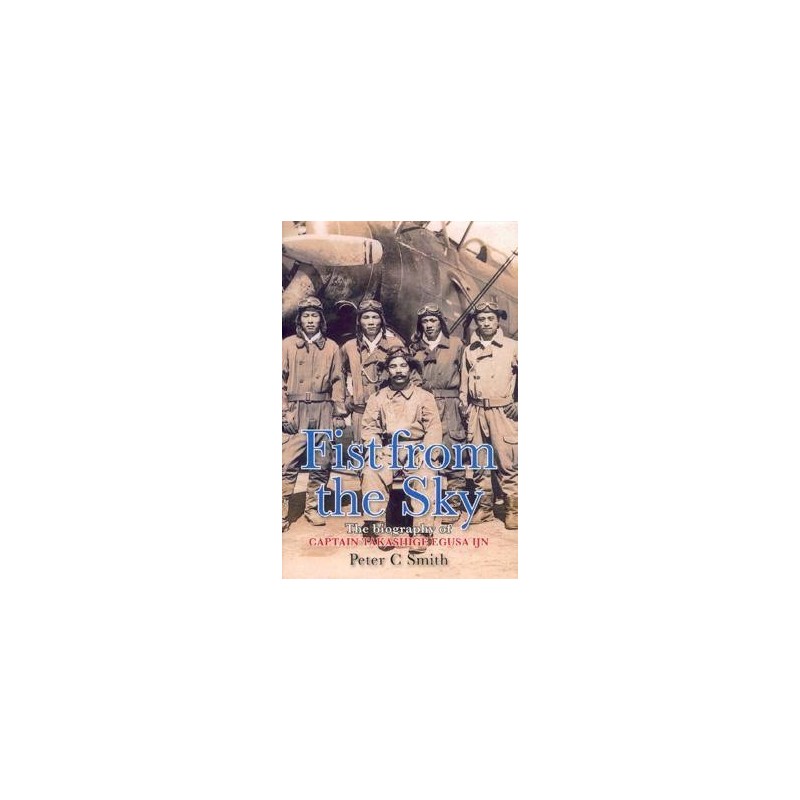 Takashige Egusa was one of the Imperial Japanese navys most skilful and influential leaders in the field of dive-bombing, playing a major part in the development of this arm.

From the outset of Japanese involvement in World War II Lieutenant-Commander Egusa led a force of around eighty aircraft against targets in Pearl Harbour, calmly circling his special flame red Aichi dive bomber before selecting his target. Assaults on the deadly 5-inch coastal gun batteries of Wake Island followed and flying from the dive-bomber carrier Soryu he and his force provided air support for the invasion of Ambon before concentrating on the massed US shipping in the crowded harbour of Darwin.

Egusas victories became legendary, his leadership inspirational, and his accuracy a byword in the fleet. He and his dive-bomber crews created the maximum havoc among the Western Allies in the first year of the Pacific War and gave the Japanese Emperor a unique succession of overwhelming victories against a numerically far-superior enemy. Egusaa best work however, came from attacking British ships in the Indian Ocean where he achieved an outstanding hit-rate in wartime conditions.

Despite being badly burned at Midway Egusa quickly returned to active service and lost his life, after the tide of war had turned against Japan, on a final gallant mission against Task Group 58.

Fully placed in historical context and backed by a wealth of detail from archives family records, photographs and memories of contemporaries, the full story of Egusas bravery, leadership qualities and illustrious dive-bombing career come to life.