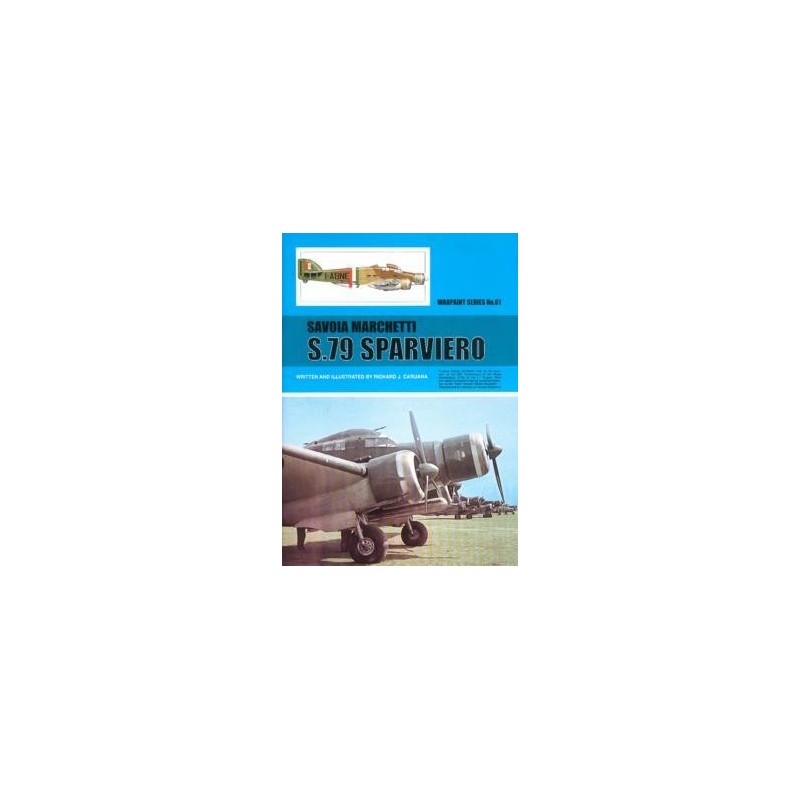 The S.79 Sparviero was one of the Regia Aeronautica's main bomber aircraft used in World War 2. It was first blooded in the Spanish civil war and when Italy joined Germany in declaring war against Britain and France, opened the bombing assault on the island of Malta with high level attacks both day and night. When Malta was under siege the S.79 was adapted as a torpedo carrying aircraft carrying a single weapon underneath the fuselage offset to port and used in attacks against Allied convoys in the Mediterranean. When Italy capitulated S.79s were used operationally by the newly-formed Aviazione Nazionale Repubblicana of the North. It was used mainly for transport duties of a non-combatant nature with the Allies until the end of the war. The S.79 was exported to Yugoslavia and Lebanon, the latter using four of them in their air force well into the 1960s. In this unusual book for a Warpaint title the author Richard J. Caruana has not only described the activities of this aircraft in full detail but has provided many side and plan view colour profiles of exceptional value. There are full details of squadron and unit aircraft with example serials and specification together with a 1:72nd scale plan and comprehensive notes on kit and accessories available.