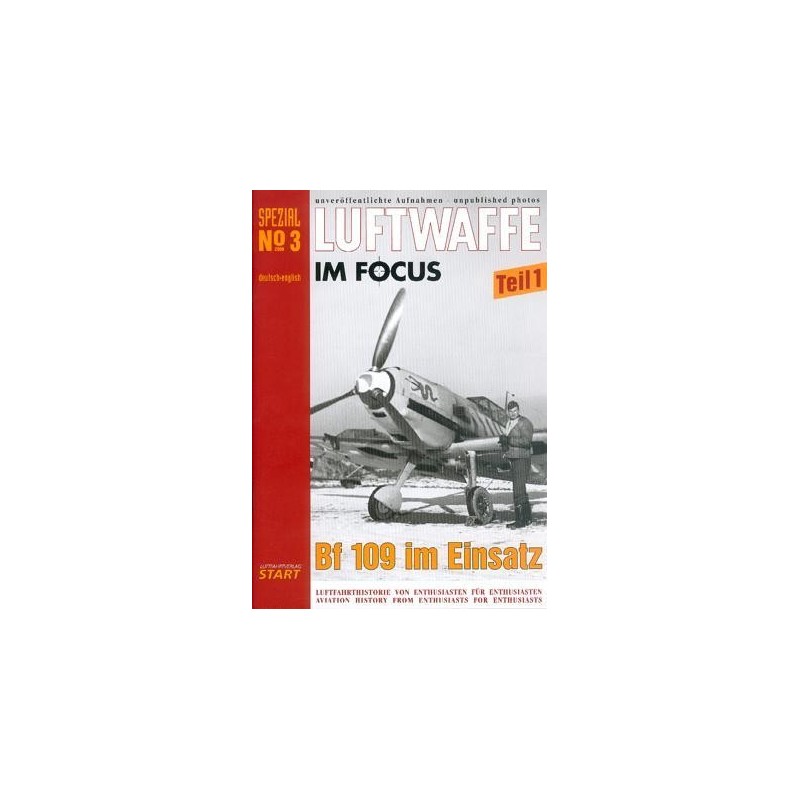 Surely more has been written about the Bf 109 than any other aircraft used by the Luftwaffe, consequently it has become difficult to discover new photographs and unusual emblems. For this special edition we have assembled from our archive and the collections of our contributors a selection of outstanding photographs, the majority of which have never been published before. It will be divided into chapters by Jagdgeschwader, with unusual Bf 109s representing almost every unit. Unusual camouflage schemes and markings will be depicted in black-and-white as well as colour photographs. A large number of colour side-views will complete the special, which will contain more pages than a regular edition.

* including 6 colourphotos in large scale

* An Emil of II./JG 27 in the Close-Support Role in Russia