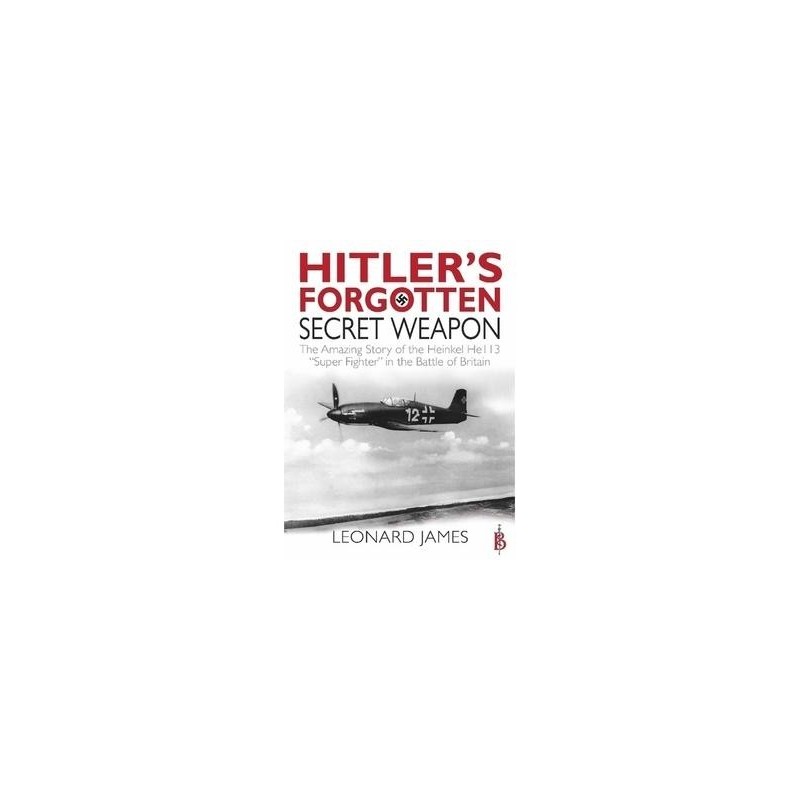 HITLER'S FORGOTTEN SECRET WEAPON. the Amazing Story of the Heinkel He 113 ....

The last great untold story of World War II, the career of Hitlers Super Fighter intended to destroy the RAF in the Battle of Britain and why it never succeeded. The super-secret Heinkel He113 fighter was designed to be a high-speed, high-altitude fighter that could outperform, outgun and outfight any other aircraft in the world when it entered service with the Luftwaffe in 1940. Hitlers commander, Hermann Goring declared that the Spitfire was so much scrap metal. As the Battle of Britain opened the RAF?issued directives to pilots about the new Superjaegar, or Super Fighter, and squadrons of these aircraft met in combat over the Channel. However, there was a fatal flaw that meant that the aircraft would never achieve its potential and so would become Hitlers forgotten secret weapon. The author - son of a Battle of Britain RAF?veteran - traces the development of the He113 Wonder Fighter from the drawing board, to war torn skies over Britain in the fateful summer of 1940.

HITLER'S FORGOTTEN SECRET WEAPON. the Amazing Story of the Heinkel He 113 ....