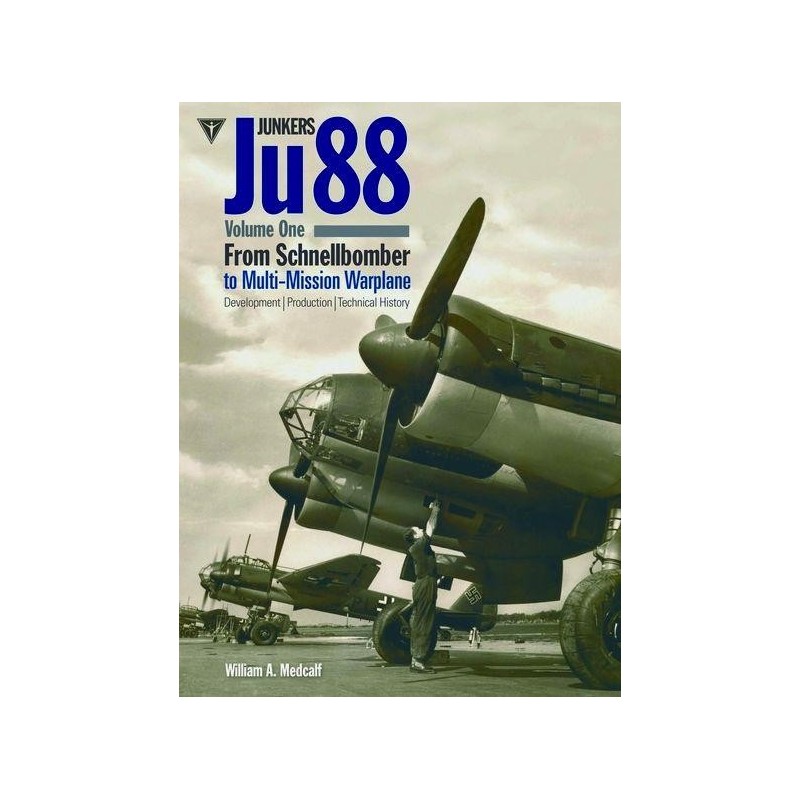 JUNKERS Ju 88. Volume One. From Schnellbomber to Multi-Mission Warplane.

The Ju88 was probably the finest bomber to serve in the Luftwaffe bomber force, but its design, construction and speed meant that it was highly adaptable and it also distinguished itself as a multi-role aircraft throughout the war. It was used as a nightfighter, heavy fighter, torpedo-bomber and even a reconnaissance aircraft, representing the pinnacle of German aeronautical design technology.

This exciting new book is the first in a comprehensive two-part study of the development and operational history of the Junkers Ju88, exploring the many facets of this famous and long-serving aircraft. Its variants, including the Ju188 and Ju288 are also covered, along with the wide array of armament and equipment with which it was fitted, and its variousmarkings and camouflage schemes. The text is fabulously supported by several hundred rare photographs, manufacturer's handbook data, scale line drawings and specially commissioned colour artwork.

JUNKERS Ju 88. Volume One. From Schnellbomber to Multi-Mission Warplane.