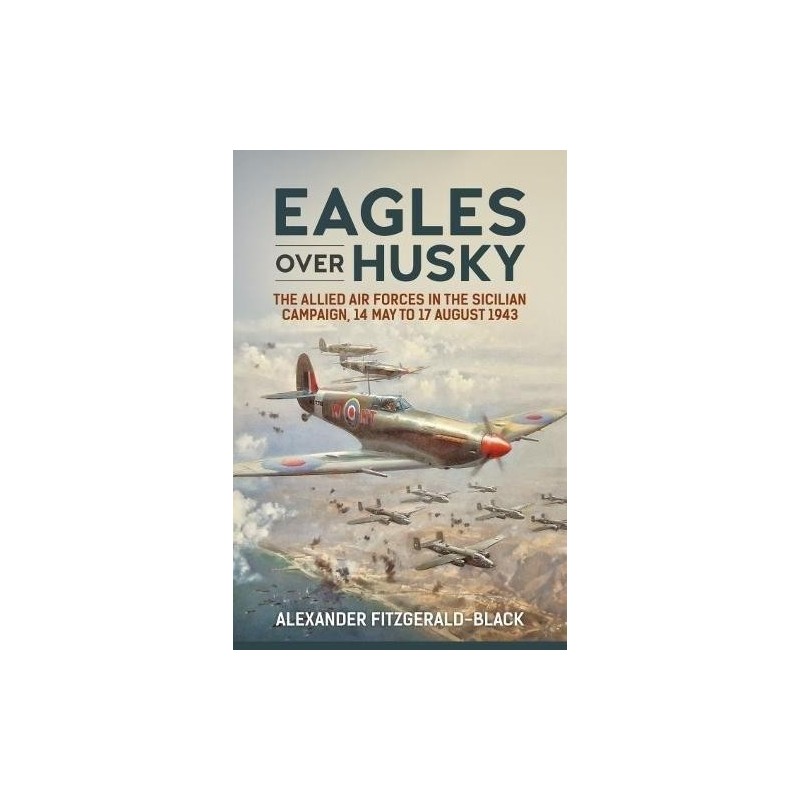 EAGLES OVER HUSKY. The Allied Air Forces in the Sicilian Campaign, ...

In the summer of 1943, the United Nations began Operation HUSKY, the invasion of Sicily. The Eagles over HUSKY the airmen of the Allied air forces played a crucial role in the assault. The Luftwaffe and Regia Aeronautica provided a significant part of the Axis force meant to defend the island and throw the Allies back into the sea. The Allied air forces foiled this effort and inflicted losses on a German Air Force badly needed on other fronts. Raids on mainland Italian railway transport crippled Axis resupply efforts. The same strikes brought pressure on the Italian state to denounce Fascism and join the Allied side. Army commanders relied heavily on tactical air power to destroy Axis forces in Sicily. The result was a strategic victory which forced Nazi Germany to stand alone in defence of southern Europe. Most histories of the campaign focus on the escape of German forces across the Strait of Messina. Eagles over Husky challenges the notion that the Allied militaries bungled total victory in Sicily. It assesses one of the greatest air battles of the Second World War. This is a topic that has been relatively unexamined by historians of the campaign, who tend to focus on army matters. Eagles over Husky tells the integrated story of the air war waged during the Battle of Sicily. The author draws upon experiences, perspectives, and sources from both Allied and Axis camps to inform the analysis and enhance the narrative.

EAGLES OVER HUSKY. The Allied Air Forces in the Sicilian Campaign, ...