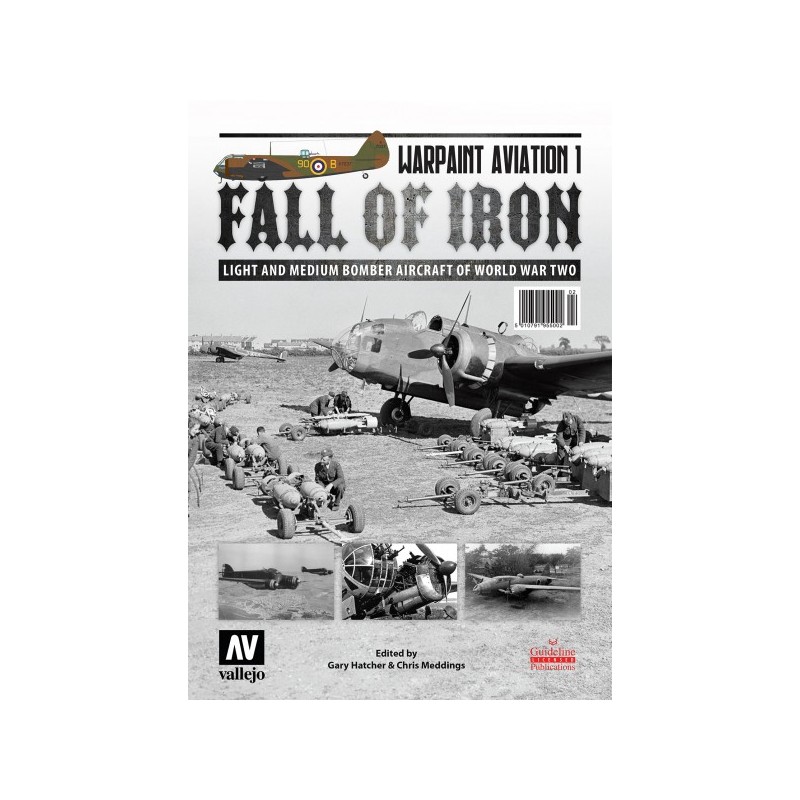 Fall of Iron is the first in a series of compendium volumes covering military aircraft with a focus on some of the less well-covered subjects. The series is designed to offer a brief one-stop historical reference combined with colour artwork and is aimed primarily scale modellers but offers plenty for the general aviation enthusiast too.

This first volume looks at some of the twin-engined medium bombers of World War Two and includes a selection of profiles written by Richard Mason, as well as a ground-breaking piece of research on the early B-25 Mitchell by Brian Derbyshire that offers an incisive look into the business of wartime mass-production and the vast number of changes to the ensuing airframes brought about as a result of ongoing combat experience. Other aircraft covered include the rarely discussed Tupolev SB-2, the Mitsubishi G4M Betty, Bristol Blenheim, Savoia-Marchetti SM.79, Petylyakov Pe-2 and the Handley Page Hampden.

Many of these aircraft have been overlooked as 'also-rans' by history and the scale modelling community but an examination of similar types designed for similar roles from various Axis and Allied air forces demonstrates just how much aircraft development kept pace during the conflict, and how despite their clear external differences aircraft designers all over the World were drawing the same conclusions as a result of experience gained in a shooting war.

Comprehensive enough to inform but concise enough to be useful, Fall of Iron presents a picture of Wartime bomber development that will help the reader understand the essential role these unsung machines played and the sometimes remarkable use that was made of them. This books is 92 pages