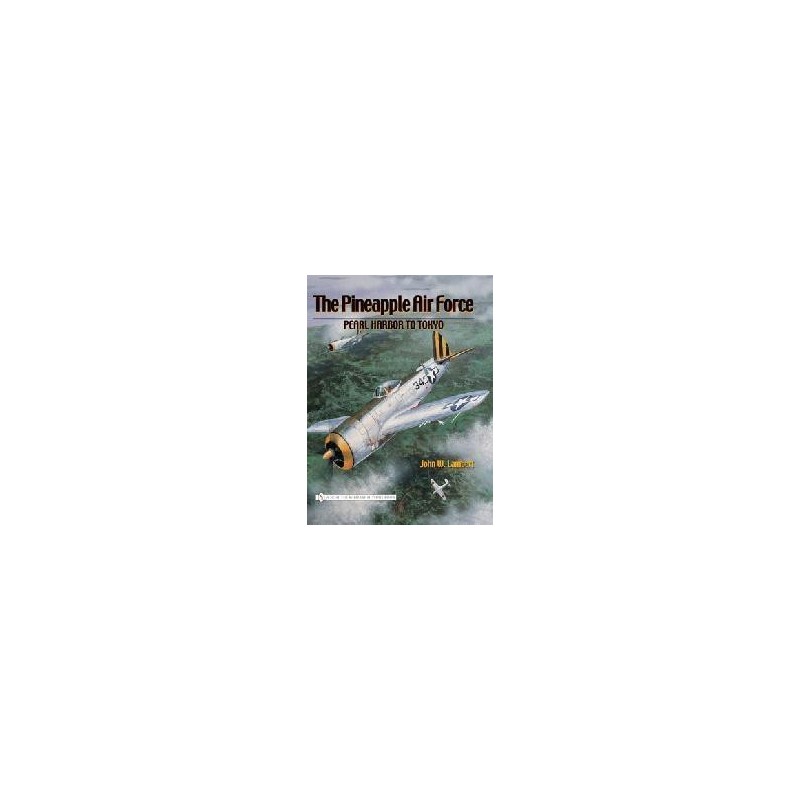 The old Hawaiian Air Force met the attack of the Japanese on 7 December 1941. Redesignated the Seventh Air Force, its bomber units moved on to combat in the Pacific almost immediately. The Seventh Fighter Command, however, has held back to defend Oahu against air attacks that never came. The pilots of the fighter units frustrated at their static role, said that they were left guarding the pineapples. From the cadre of the original Hawaiian units they spawned two new fighter groups. Eventually, those fighter squadrons, a close-knit fraternity, began to garrison outlying island bases, and eventually saw combat in the Marshals-Gilberts, the Marianas. Finally toward war's end, they were flying long-range missions against Japan from Ie Shima and Iwo Jima. The lieutenants of 1941 were the colonels of 1945, and some survivors served until the Japanese surrender