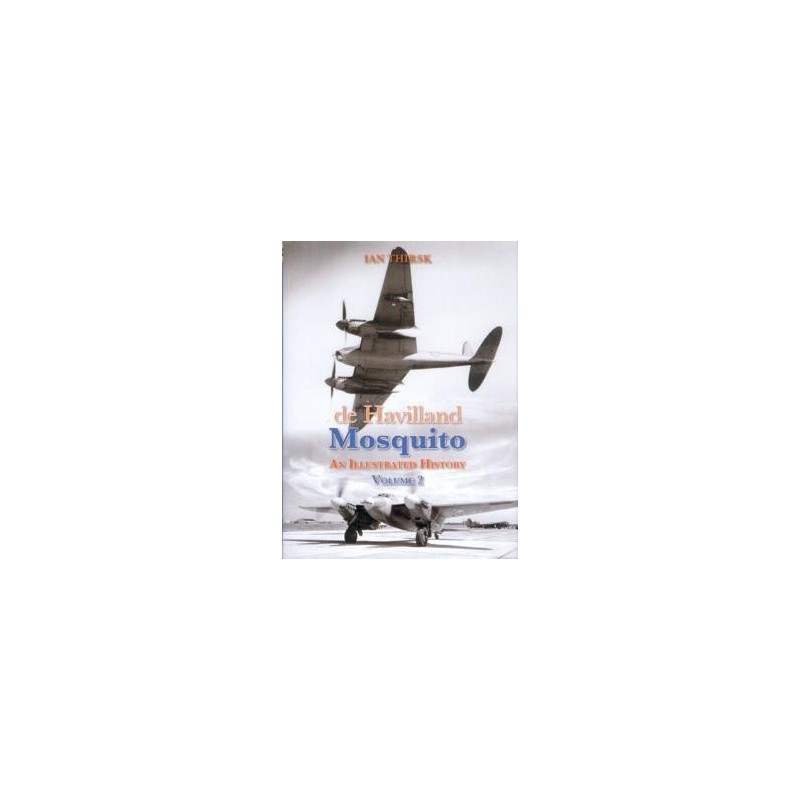 A private venture aircraft, the much-loved Mosquito was possibly the most versatile of all British aircraft of World War II. Revolutionary in its wood construction, the de Havilland Mosquito played a vital role in the war combining the manoeuverability of a fighter with the payload of a medium bomber. It contributed to the war as a fighter: an unarmed bomber, a reconnaissance aircraft and its different variants included the Sea Mosquito, the first British twin-engined aircraft to land on an aircraft carrier.

De Havilland Mosquito An Illustrated History Volume 2 traces the fascinating development of the Mosquito from its construction through to operational fighter and bomber in frontline, Operational Training, Ferry and Maintenance Units. Human stories of RAF aircrew, ground crew and Commonwealth Air Forces are detailed in addition to coverage of the Mosquito operated by the Russians and that captured by the Luftwaffe.

This volume is a comprehensive pictorial record of the Mosquito aircraft and the people who worked with and flew in her. Extended captions include performance tables, nose-art, advertising and a summary of preserved Mosquitoes. Aircraft numbers, specifications, dates, personalities, and background information coupled with over 600 black and white photographs, many previously unpublished and a colour section, make this and its best selling companion Mosquito An Illustrated History Volume 1 a must for researchers and historians alike.