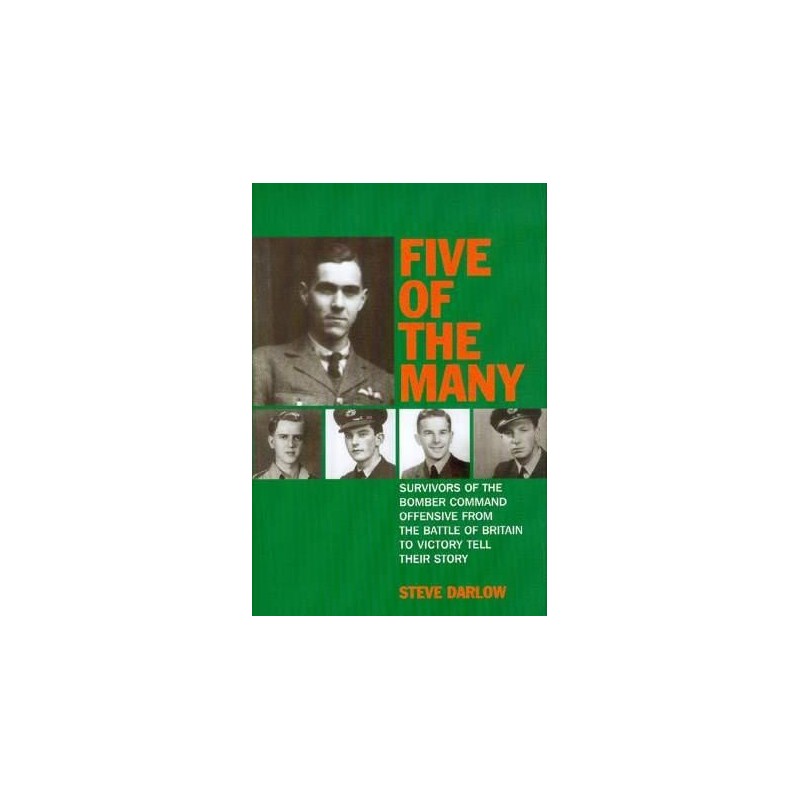 - Five of the Many follows the fascinating exploits of five of RAF Bomber Commands distinguished airmen. The enthralling stories of Wellington pilot Rupert Cooling, Wellington and Mosquito pilot Jack Goodman, Halifax pilot Joe Petrie-Andrews, Lancaster pilot Tony Iveson and Halifax and Mosquito navigator Harry Hughes transport the reader into the intensity of the bomber battle over western Europe. Collectively these men help thwart German invasion plans in 1940, and counter the U-boats on the seas and in the factories. They hinder German military industrial production, taking part in some of the most devastating raids in history. They counter the development and deployment of German V-weapons and fly deep into hostile airspace to attack the heart of Germany, Berlin. They clear the way for the Normandy landings and blast the German reinforcement of the battle area. They indulge in special ops, including sinking the Tirpitz, and they directly support the land advances to Germany and disrupt enemy supply lines during the German Ardennes offensive.

These men survive the attrition of Bomber Command's devastating and uncompromising campaign. 55,500 of their colleagues did not. Rupert, Jack, Joe, Tony and Harry come close to oblivion on numerous occasions, buffeted by flak, exposed in searchlights, combating enemy nightfighters, flying lame aircraft on to the target and then home, with wounded colleagues aboard, even ditching in the sea.

Their stories are a fitting tribute to the youthfulness of the many, the skill of the many, the determination of the many and the sheer guts of the many. Bomber Commands motto required its airmen to 'Strike Hard, Strike Sure'. These five special men did just that, fighting hard, flying sure, along the flightpath to victory in Europe.