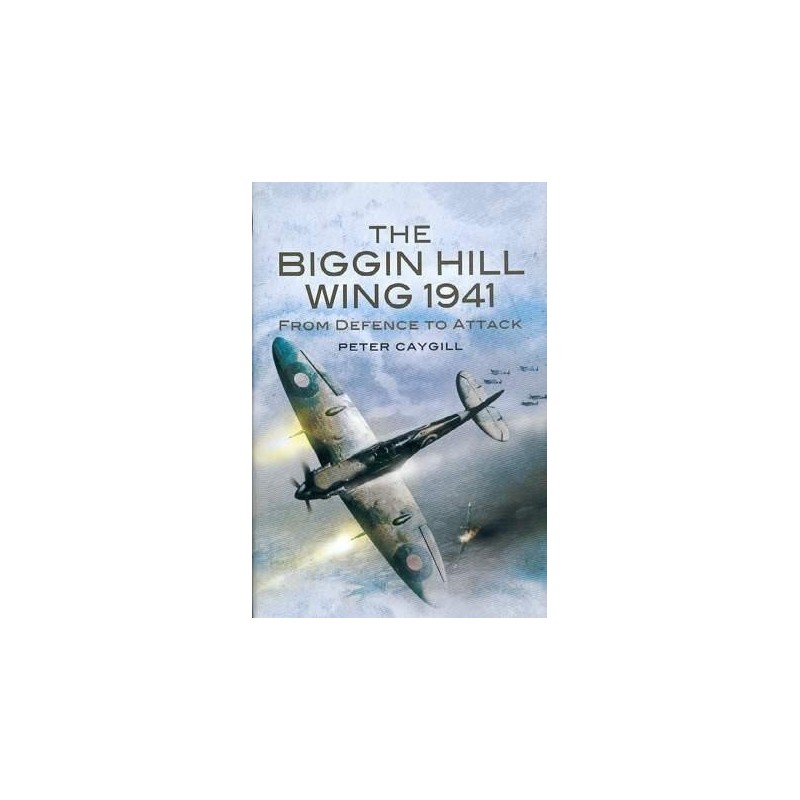 THE BIGGIN HILL WING 1941. From Defence to Attack.

- This book is an in-depth study of England's most famous fighter station during the year of the Battle of Britain. It looks at the political upheaval within Fighter Command that saw the removal of Dowding and Park and their replacement by Sholto Douglas and Leigh-Mallory. The ongoing 'Big Wing' controversy and the resulting change in tactics during 1941 are examined. The main part of the book is a chronological account of the squadrons of the Biggin Hill Wing with particular emphasis on the pilots. The units covered include Nos 66, 72, 74, 92, 124, and 609 Spitfire Squadrons and 264 Defiant Night Fighter Squadron. The author's research is based on combat reports and squadron Operation Record Books and first-hand accounts written by the participant pilots in the battles over southern England and northern France. Extensive appendices will include Air Combat Claims of the Wing, Operational Aircraft Losses, Details of Selected Operations and The Great Escape - the marked influence of ex Biggin Hill pilots on the escape from Stalag Luft III in 1944.

THE BIGGIN HILL WING 1941. From Defence to Attack.