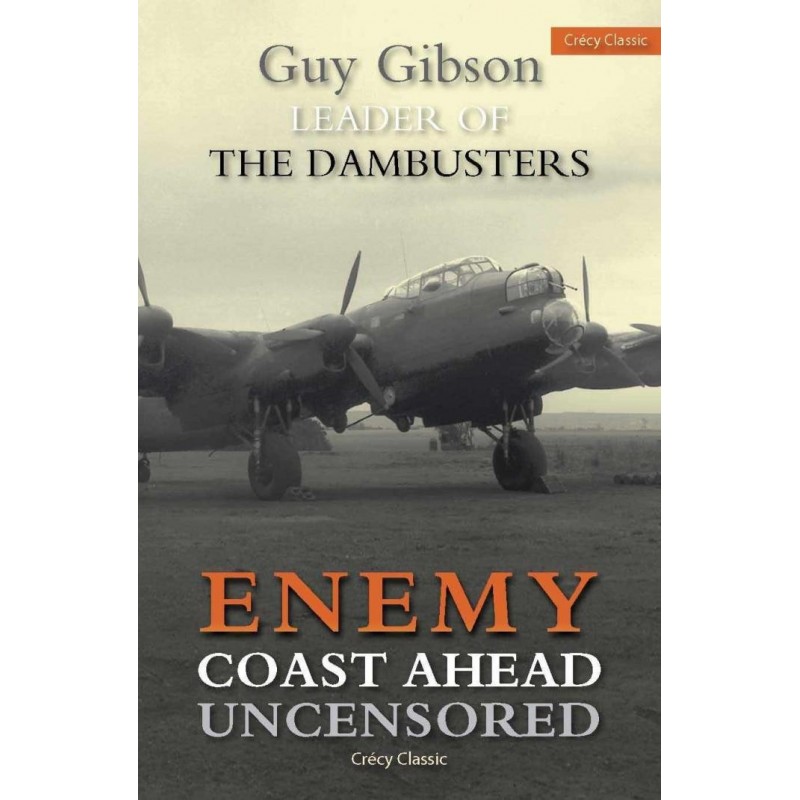 ENEMY COAST AHEAD - UNCENSORED. Leader of the Dambusters.

First published in 1944, Enemy Coast Ahead combines Gibsons RAF career, including the famous Dambuster raid which he himself led, with the inside story of life in Bomber Command and is still a riveting read for the immediacy and vibrancy of its writing.

And yet, what has not been widely known is that the published edition of Enemy Coast Ahead was carefully cut by wartime censors.

Now, Gibsons original manuscript which was archived for almost 60 years has been be brought to light. This uncut edition provides not only previously unpublished details of Gibsons career, but also reveals his true view of the course of the war, of the wartime population, of his pilots and crews and of Bomber Command tactics. Combined with newly added photographs and diagrams Enemy Coast Ahead Uncensored remains one of the outstanding accounts of WWII seen through the eyes of one of its most respected and controversial personalities, but now allows the reader to know Gibsons own story in his own words.

ENEMY COAST AHEAD - UNCENSORED. Leader of the Dambusters.