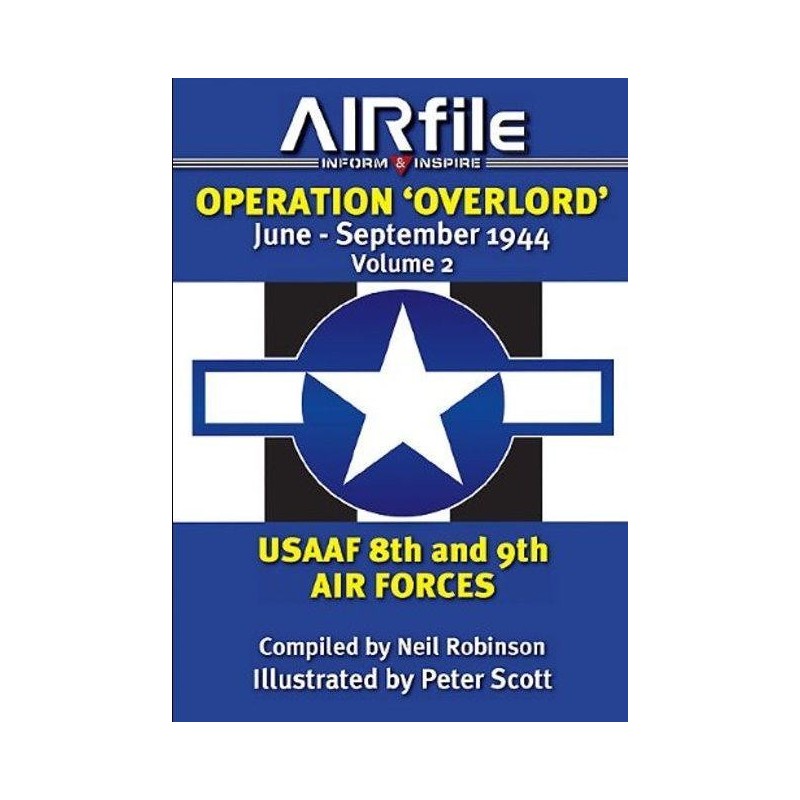 Pictorial coverage of the very colourful schemes and

markings applied to the USAAF's 8th & 9th Air forces aircraft during Operation Overlord June to September 1944 including both US Air Forces fighters, bombers tactical bombers and heavy bombers, squadrons and units included. Coverage of the application of the distinctive markings (invasion strips) and how they changed throughout the June to September period/ Explanation of the 8th & 9th AF's coding system and Squadron group.