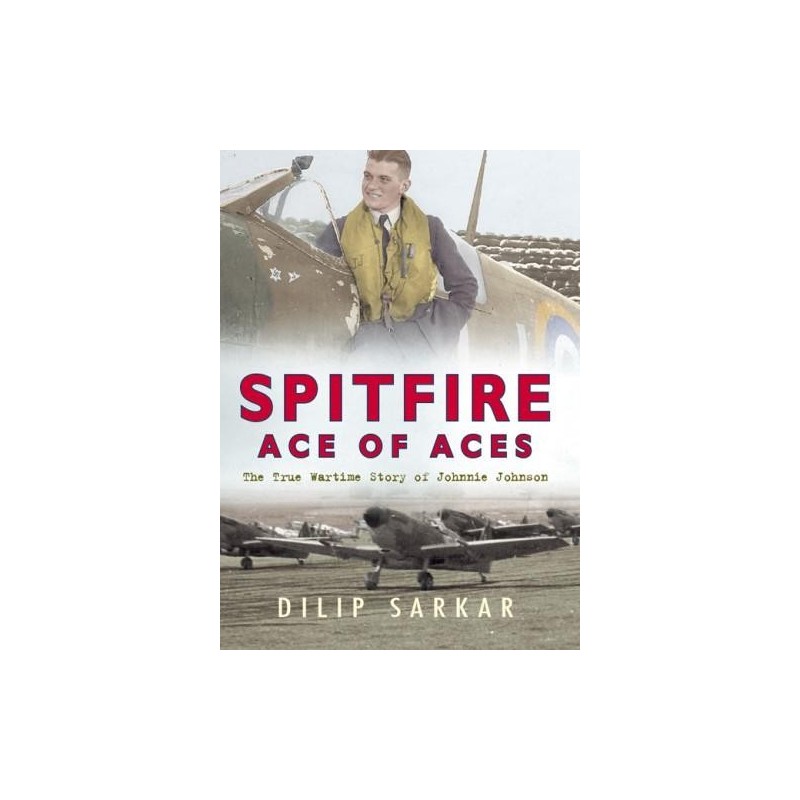 SPITFIRE ACE OF ACES. The Wartime Story of Johnnie Johnson.

Johnnie Johnson is a character literally straight out of the pages of Boys Own. By the end of the Second World War the RAF Spitfire pilot was a household name in Britain, feted by Churchill and Eisenhower. Although he missed the Battle of Britain when slow flying bombers were abundant and easy targets for fighters by 1945 he had notched up 38 enemy kills all fighters which took far more skill to shoot down - and officially the RAFs topscoring fighter ace. One of his most impressive achievements was that despite over 1000 combat missions, he was never shot down. His Spitfire was damaged once and on his return to base he apologised to his fitter saying I was surrounded by six of them.

Aviation historian Dilip Sarkar spent many hours with Johnson in the final years of the great mans life, recording the last interviews Johnson would ever gave. The book is infused with breath-taking first hand accounts from Johnnie himself and many of his fellow Spitfire pilots also interviewed by the author and profusely illustrated with photographs from Johnsons personal albums.

SPITFIRE ACE OF ACES. The Wartime Story of Johnnie Johnson.