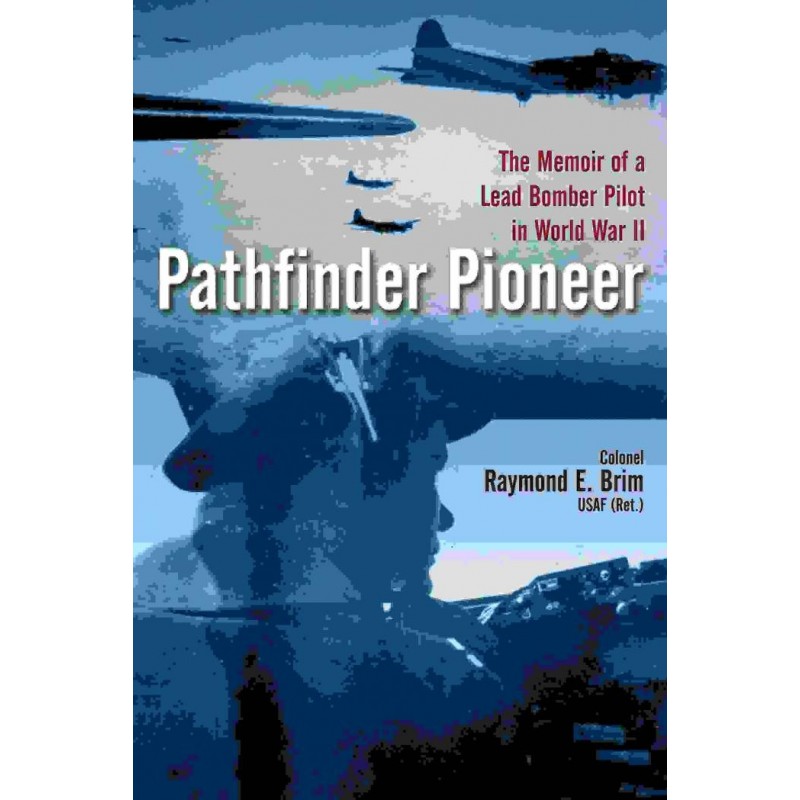 PATHFINDER PIONEERS. The Memoir of a Lead Bomber Pilot in World War II.

- Describes the initial development of the US Pathfinder system, with the author a prime guinea pig over Germany, as well as in test radar

Firsthand accounts of air combat as Brim's B-17 was often shot up by the Luftwaffe, but he managed to continually limp it home

An interesting epilogue of how then-Colonel Brim, after WWII, was assigned to test aircraft during atomic blasts, as the US experimented with what it then considered its "war-winning weapon

In this engaging book we see how how an 18-year-old miner shoveling ore from deep in the ground in Utah suddenly found himself, only two years later, 30,000 feet in the air over Nazi Germany, piloting a Flying Fortress in the first wave of America's air counteroffensive in Europe. Like thousands of other young Americans, Ray Brim was plucked by the U.S. Army to be a combat flyer, and was quickly pitted against the hardened veterans of the Luftwaffe. Brim turned out to have a natural knack for flying, however, and was assigned to the select squadron developing lead Pathfinder techniques, while experimenting with radar. He was among the first to test the teeth of the Luftwaffe's defenses, and once those techniques had been honed, thousands of other bomber crews would follow into the maelstrom, from which 80,000 never returned. This work gives us vivid insights into the genesis of the American air campaign, told with the humor, attention to detail and humility that captures the heart and soul of our "Greatest Generation. Brim was one of the first Pathfinder pilots to fly both day and night missions leading bomb groups of 600-plus bombers to their targets. At the onset of his missions in the spring of 1943, B-17 crews were given a 50-50 chance of returning. Each of his raids were nerve-wracking forays into the unknown: with struggles to survive the damage to his plane due to flak and German fighter attacks, in order to bring his 10-man crew home, often wounded but still alive. After Germany's surrender, Brim held a number of commands during the Korean War and flew B-17 drone planes during atomic tests, in which the Pentagon wished to see the effects of nuclear fallout on aircraft. Surprisingly having lived on into his 90s, Colonel Brim has provided us a fascinating firsthand memoir of frontline air war during the 20th century.

PATHFINDER PIONEERS. The Memoir of a Lead Bomber Pilot in World War II.