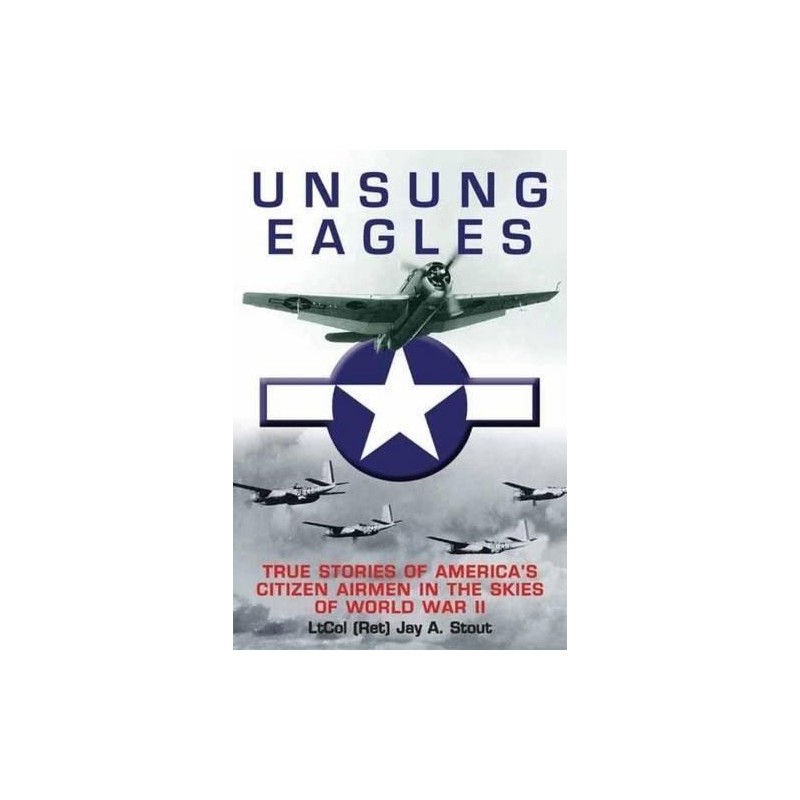 UNSUNG EAGLES. True Stories of America's Citizen Airmen in the Skies of WWII.

The nearly half-million American aircrewmen who served during World War II have almost disappeared. And so have their stories.

Award-winning writer and former fighter pilot Jay A. Stout uses Unsung Eagles to save an exciting collection of those accounts from oblivion. These are not rehashed tales from the hoary icons of the war. Rather, they are stories from the masses of largely unrecognised men whoin the aggregateactually won it. They are the recollections of your Uncle Frank who shared them only after having enjoyed a beer or nine, and of your old girlfriend's grandfather who passed away about the same time she dumped you. And of the craggy guy who ran the town's salvage yard: a dusty, fly-specked B-24 model hung over the counter. These are "everyman accounts that are important but fast disappearing.

Ray Crandall describes how he was nearly knocked into the Pacific by a heavy cruiser's main battery during the Second Battle of the Philippine Sea. Jesse Barkera displaced dive-bomber pilottells of dodging naval bombardments in the stinking mud of Guadalcanal. Bob Popeney relates how his friend and fellow A-20 pilot was blown out of formation by German antiaircraft fire: "I could see the inside of the airplaneand I could see Nordstrom's eyes. He looked confusedand then immediately he flipped up and went tumbling down.

The combat careers of 22 different pilots from all the services are captured in this crisply written book which captivates the reader not only as an engaging oral history, but also puts personal context into the great air battles of World War II.

UNSUNG EAGLES. True Stories of America's Citizen Airmen in the Skies of WWII.