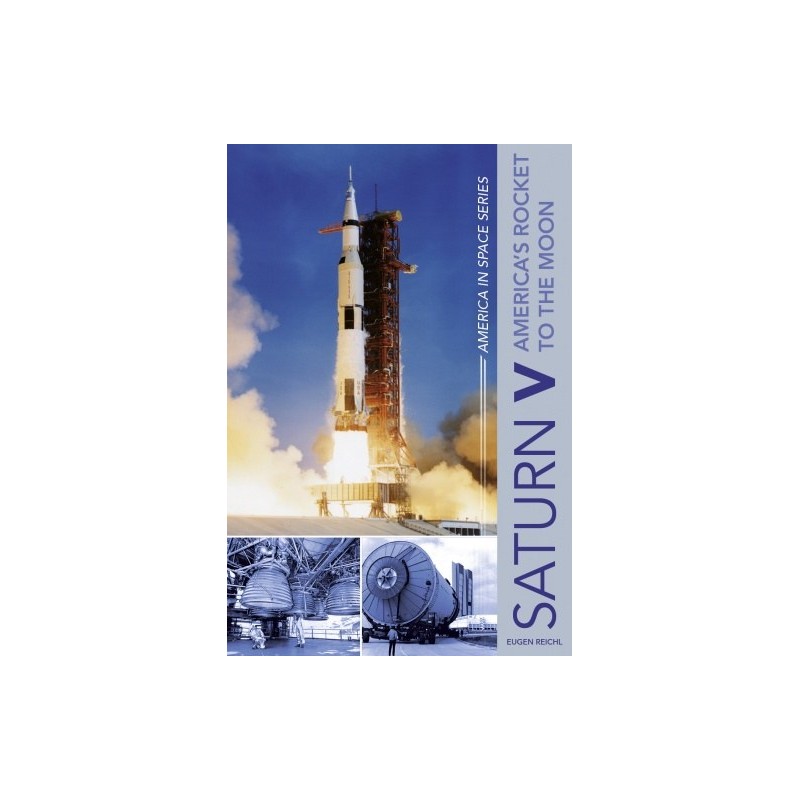 Without the mighty Saturn V rocket, the Apollo 11 moon landing would not have been possible in July 1969. Even today, nearly fifty years later, it remains by far the largest and most powerful rocket ever used. Equipped with computers that are easily surpassed today by any mobile phone, the Saturn V was an unprecedented technical achievement.

This book, part of the “America in Space” series, tells the gripping story of the development and creation of the Saturn V in concise, detailed text, and features numerous high-quality color images, technical drawings, and specification/dimension charts.

As well as a detailed look at the Saturn V’s design and construction, all thirty-two Apollo missions are discussed, including the later Skylab and Apollo–Soyuz Test Project.