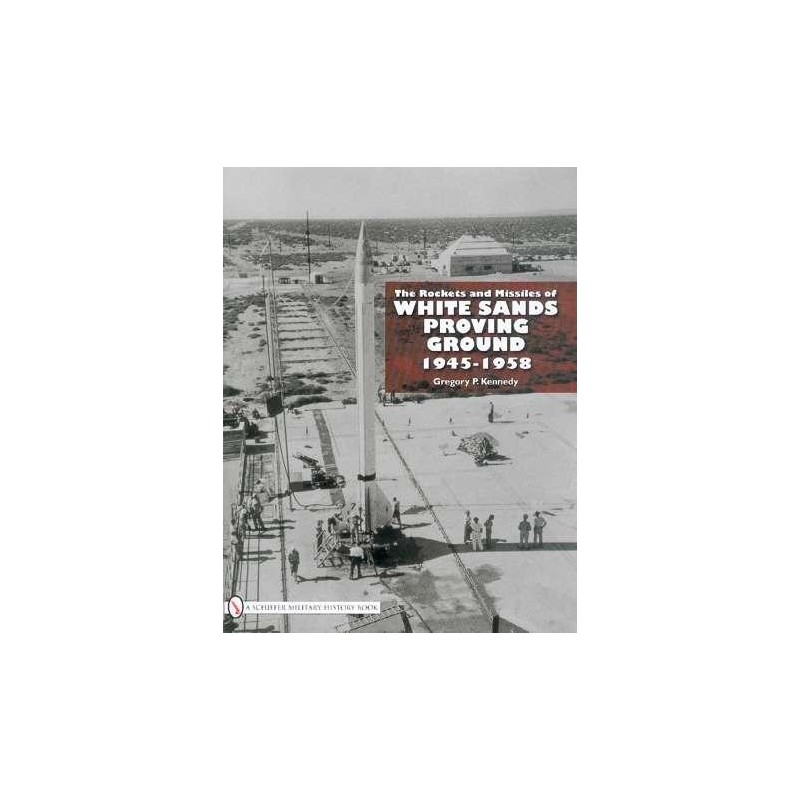 THE ROCKETS AND MISSILES OF WHITE SANDS PROVING GROUND 1945-1958.

In 1945, the United States Army established a testing center for rockets and guided missiles in south-central New Mexico. Named White Sands Proving Ground, this center was the locale for many of Americas first steps towards space. Rockets and Missiles of White Sands Proving Ground chronicles major activities at the base from 1945-1958. During this period, the Army, Navy, and Air Force all tested missiles at the desert installation. This book details the development and testing for such missiles as Hermes, Corporal, Nike Ajax, Sergeant, Honest John, and Viking. These missiles formed the backbone of much of Americas arsenal during the Cold War and represented major technological advancements. In 1958, the White Sands Proving Ground became the White Sands Missile Range, as it is known today.

THE ROCKETS AND MISSILES OF WHITE SANDS PROVING GROUND 1945-1958.