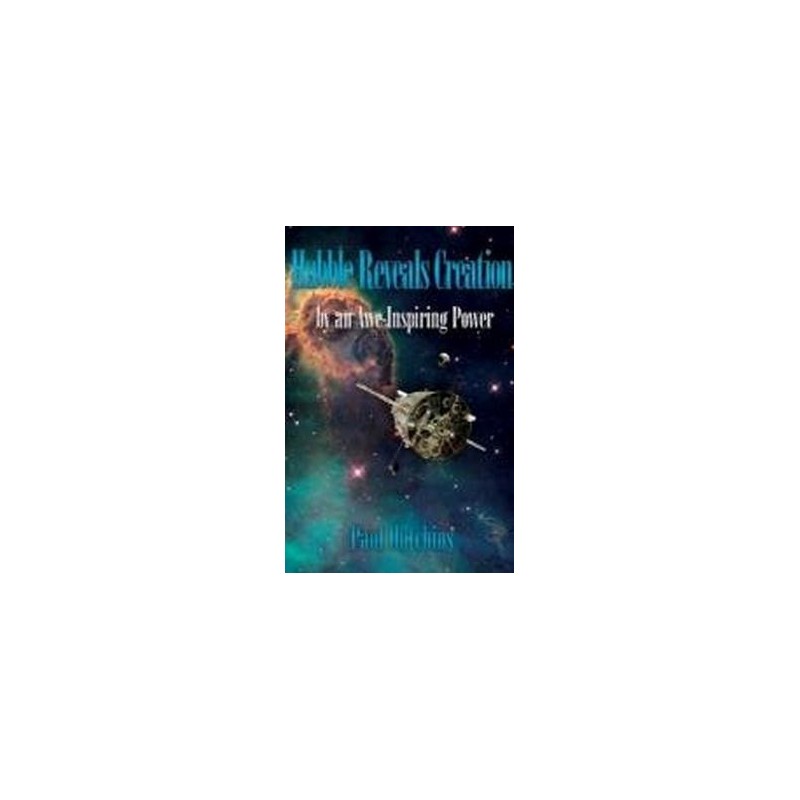 Hubble Reveals Creation by an Awe-Inspiring Power is an inspirational, four-time award winning book that answers that question. It shows in detail how the world famous Hubble telescope scientifically confirms the existence of an intelligent, and imaginative Designer, and proves that He is the incomprehensible power behind the Universe! Presented in simple layman terms, is an intellectually compelling case that the order of the universe was a planned action, and not a random event.

This book is based on the scientific discoveries of the Hubble telescope over the past two decades. It takes you on a faith strengthen, inspirational journey revealing how Hubble has captured the Greatest Cinematic Drama in human history: the creation of an Awe-Inspiring Universe!

As you embark upon this inspi­ra­tional jour­ney through time, you will be Awe-Inspired by over one-hundred breath­tak­ing images of the uni­verse cap­tured by Hub­ble. As you are drawn into this history making drama you will find your­self pon­der­ing the ques­tion: is it pos­si­ble that the inven­tion of the Hub­ble tele­scope was some­how guided by God to show us his Awe-Inspiring uni­verse, and Incom­pre­hen­si­ble Power?.