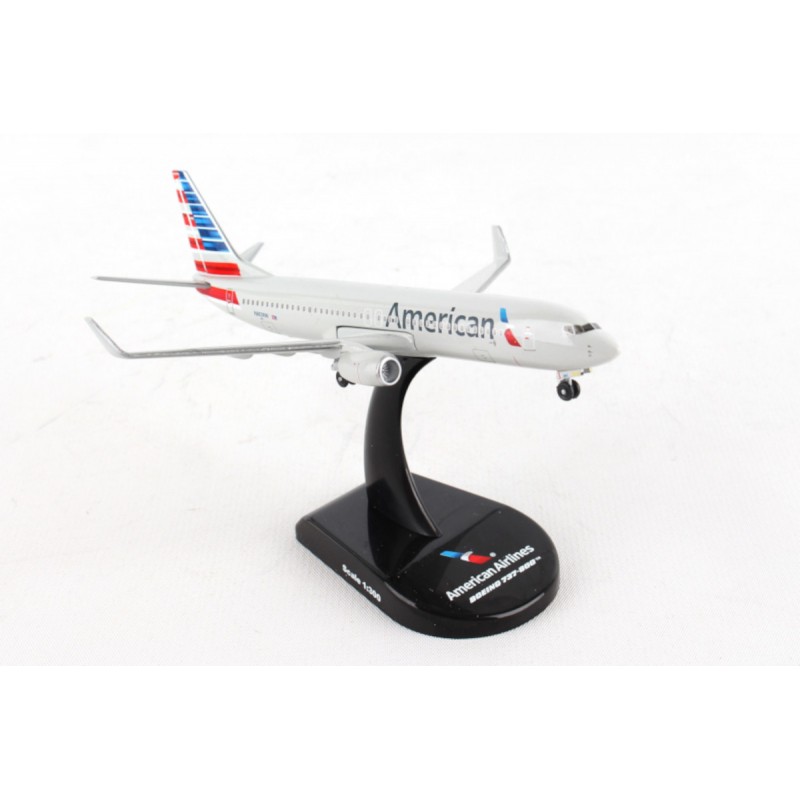 The 737-800 is a stretch version of the 737 Next Generation of short to medium range, norrow body jet airliners. It replaced the older 727-200 and the discontinued McDonnell Douglas MD-80 on most North American Fleets. The -800 entered service in 1998 and competes in the same class with the Airbus A320. American Airlines, Inc commonly referred to as American, is a major American Airline, headquartered in Fort Worth, Texas. It is the world's largest airline when measured by fleet size, revenue, scheduled passsenger-kilometers flown and number of destinations served. American together with its regional partners operates an extensive international and domestic network with an average of nearly 6,700 flights per day to nearly 350 destinations in more than 50 countries. This Die-cast metal airplane model comes in 1:300 scale with plastic stand and is approximately 5 1/2 inches long with 4 1/2 inch wingspan.