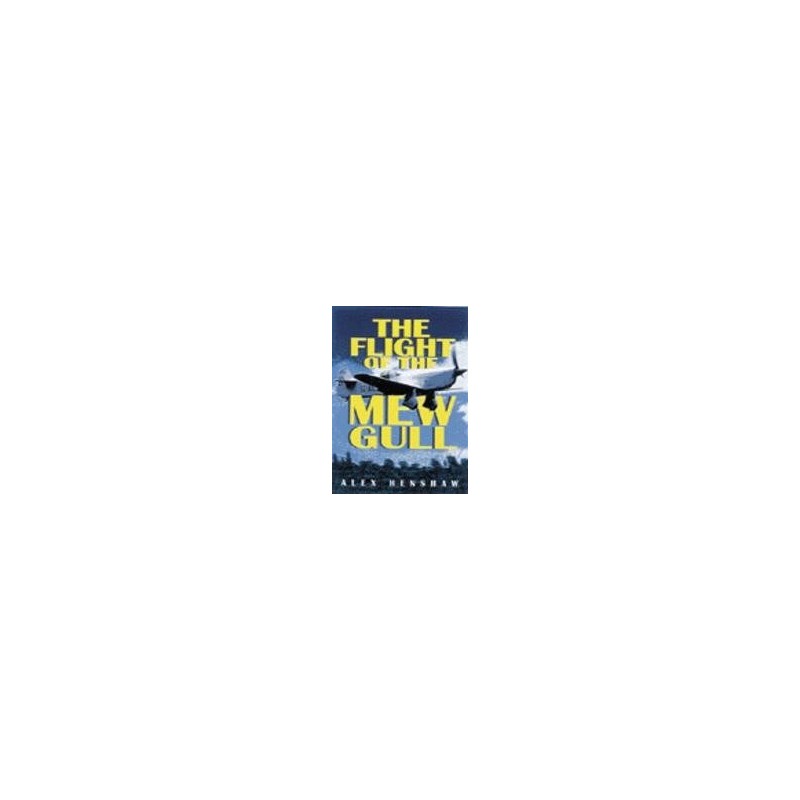 FLIGHT OF THE MEW GULL.

Alex Henshaw had the luck to grow up in the '20s and '30s during the golden age of flying. The Blue Riband of flying in the British Isles between the two World Wars was the King's Cup: Henshaw set his heart on it, developing a technique of racing which extracted the very maximum from his aircraft: first the Comper Swift and then the DH Leopard Moth.

Parallel with his search for speed was an obsession with making accurate landfalls, and he developed this blind-flying talent deliberately in a flying partnership with his father on many carefully planned long-distances survey flights. His exciting apprenticeship in these two skills was crowned by the acquisition of the Percival Mew Gull G-AEXF in 1937. His amazing solo flight to Cape Town and back in February 1939 established several solo records that still stand today, almost 60 years later. This feat of navigation and airmanship must surely be one of man's greatest flights - 12,754 miles over desert, sea and jungle in a single-engined light aircraft.

Alex Henshaw's flying escapades with the Percival Mew Gull G-AEXF during the immediate pre-war years are the very stuff of legend, drama, astonishing good luck and high adventure. . . If you believe your meticulously planned day trip to Le Touquet to be high advanture (and there is no reason to believe in context it is not), then just read The Flight of the Mew Gull. Yes, it was sixty years ago, but the story still sets the pulse racing - and Henshaw's little wooden aeroplane survives in an airworthy condition at Old Warden, where close inspection will cause jaws to drop and heads to shake at the sheer audacity of it all. - PILOT

New and updated edition of Henshaw's classic account of pre-WWII flying and racing, culminating in his record-breaking flight to Cape Town and back in 1939. Excellent opportunity for those who haven't got an original to acquire a classic.

FLIGHT OF THE MEW GULL.