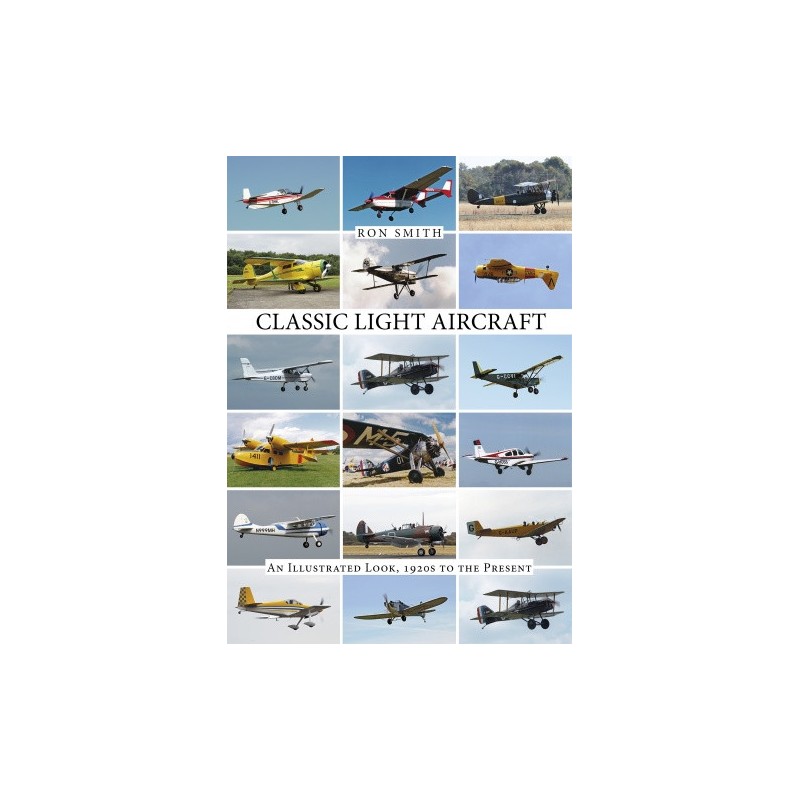 CLASSIC LIGHT AIRCRAFT. An Illustrated Look, 1920s to the Present.

A visual celebration of the wide and colorful variety of the world's light aircraft, old and new, organized from A to Z by manufacturer, this book illustrates more than 800 light aircraft types that are likely to be seen when visiting smaller airports and airfields across the globe. The text explains how each type relates to other models from the same manufacturer and describes the differences between sub-variants, giving the numbers built. For some types, an indication is also given as to how many are currently active. The aircraft fall into the following categories: mass production aircraft built in the thousands by major manufacturers such as Beechcraft, Cessna, De Havilland, and Piper; lesser-known but important production and homebuilt aircraft, typically built in reasonable numbers and likely to be seen at the local airfield; and finally, a selection of older aircraft that continue to be flown and cherished.

CLASSIC LIGHT AIRCRAFT. An Illustrated Look, 1920s to the Present.