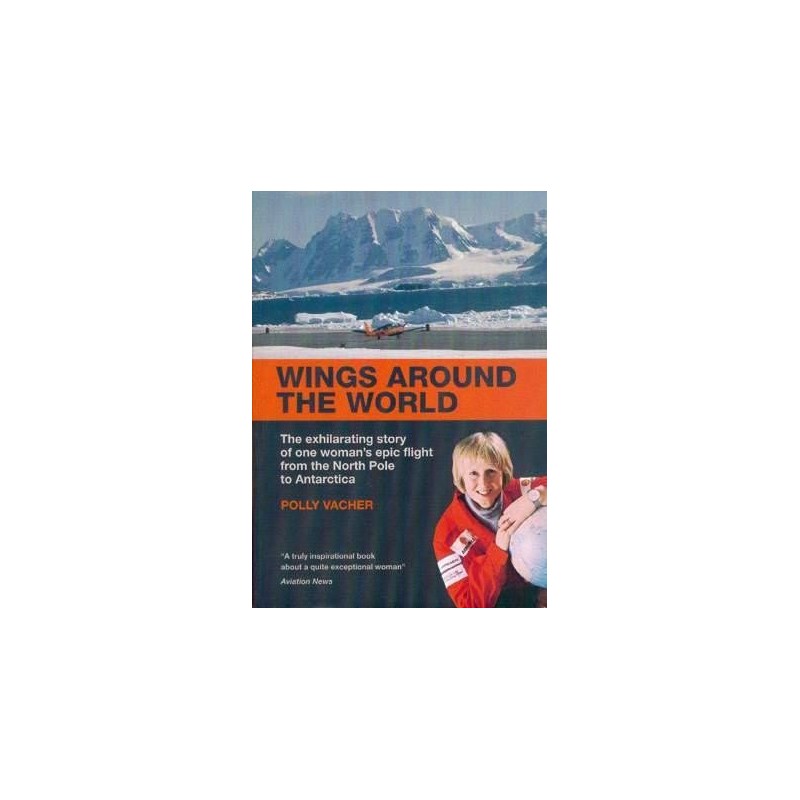 - On May 6th 2003, Polly Vacher took off from Birmingham airport seeking to become the first pilot to complete a solo flight around the world via both Poles in a single-engine aircraft. Despite having only a few years of flying experience, Polly, a 59-year-old mother of three, had already complete a lateral solo circumnavigation of the world in 2001 for the charity Flying Scholarships for the Disabled: this second challenge, for the same charity, would make that achievement look like a casual jaunt. There would be no margin for error.

Her voyage to the ice was a 60,000-mile adventure in her Piper Dakota that would take her to at least 30 different countries on every single continent. She had prepared meticulously for two years, was fully insured and had all the requisite permits and visas. With her kinetic enthusiasm, charm and persistence, she had already garnered multifarious sponsors ranging from multinationals such as Shell to private individuals.

However, as she took off on that blustery spring day, flanked by a Hurricane and a Spitfire from the RAF Battle of Britain Flight, and waved off by her family and the Prince of Wales, she suddenly felt so alone. She had begun a remarkable expedition that would gain her three world records, but would also see her encounter extremes of weather and emotion, much kindness and obstruction and also a little political intrigue.