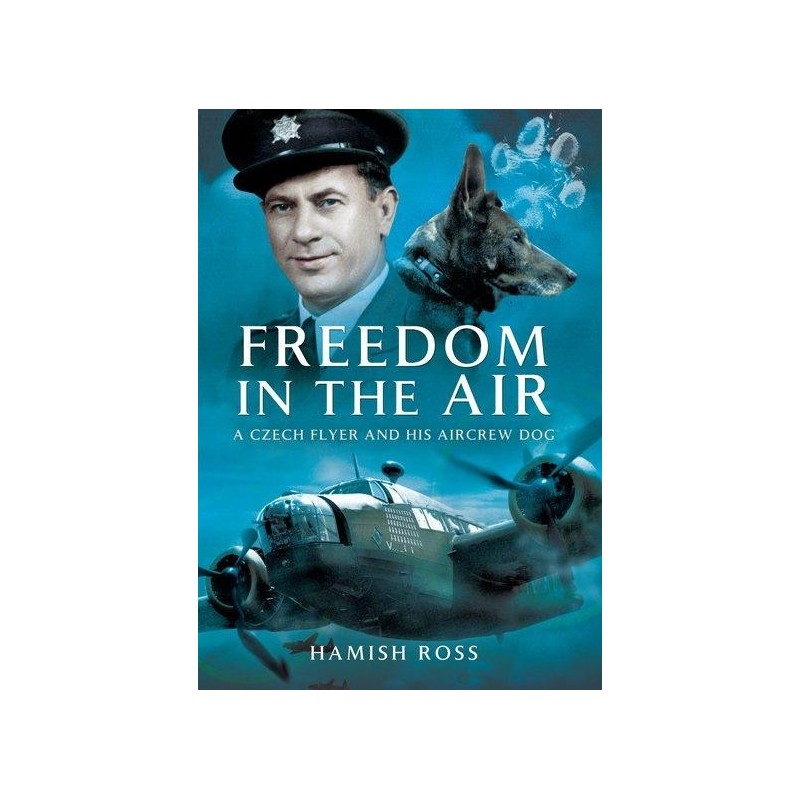 FREEDOM IN THE AIR. A Czech Flyer and his Aircrew Dog.

This biography tells of the life of a Czech airman who escapes from the Nazi invasion, fights with the French and finally arrives in Britain to fly as an air-gunner with the RAF during WWII. He returns to his homeland after WWII but escapes back to the UK again when the communists gained control. Again he joined the RAF and rose to the rank of WO.The unique part of this is that from his time in France, throughout WWII and until half way through his second tour with the RAF he was inseparable from his Alsatian dog, an animal that became famous and was awarded the dog equivalent of the VC.

The animal flew with his owner on many bomber raids, became the squadron mascot and was officially a serving RAF dog. It played an amazing part in the second escape from the Czech communists regime when the author was lucky to make it over the border to the US zone in Germany.

- Incrediable story of a Czech Pilot and his dog during WW2

FREEDOM IN THE AIR. A Czech Flyer and his Aircrew Dog.