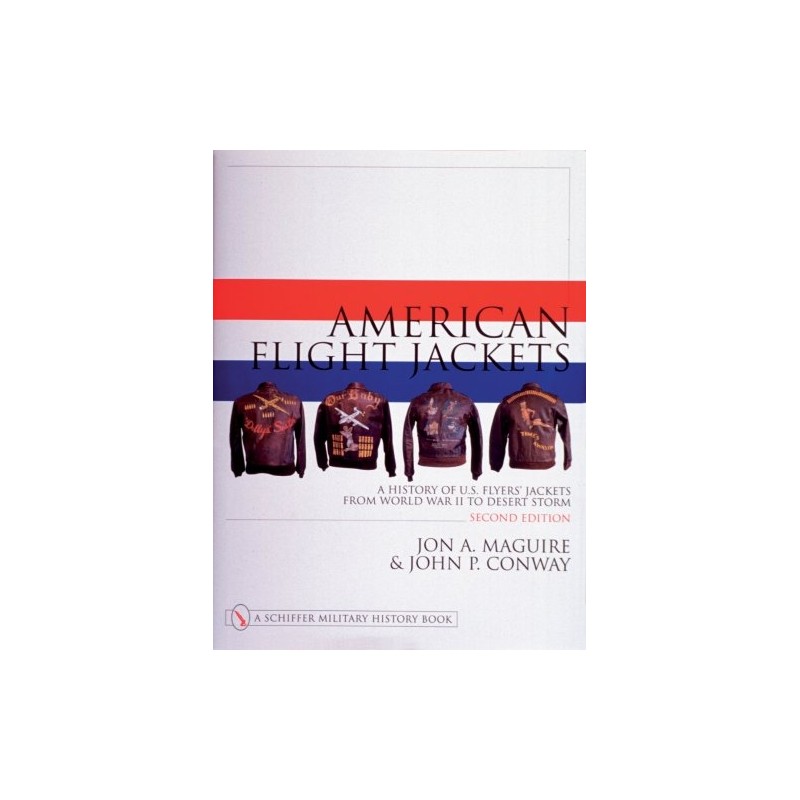 AMERICAN FLIGHT JACKETS. A History of US Flyers' Jackets from WWII to Desert Sto

This new comprehensive look at the evolution of the American flight jacket from World War I to Desert Storm addresses not only the types worn, but focuses primarily on the art and adornment applied to the jackets. The most colorful and creative period for flight jacket art was World War II, and it is this era that comprises a major portion of this book. Additionally, many of the pieces are attributed to the original owner with biographical information, contemporary photographs of the individual, and the aircraft on which he served. Personal combat accounts are also included. Also covered are other military jackets used by flyers. American Flight Jackets, Airmen & Aircraft was compiled over a number of years by Jon Maguire and John Conway. The authors became friends through a mutual passion for aviation history and collecting. This book provides a valuable reference for the historians and collectors alike, and includes over 1000 photographs.

AMERICAN FLIGHT JACKETS. A History of US Flyers' Jackets from WWII to Desert Sto