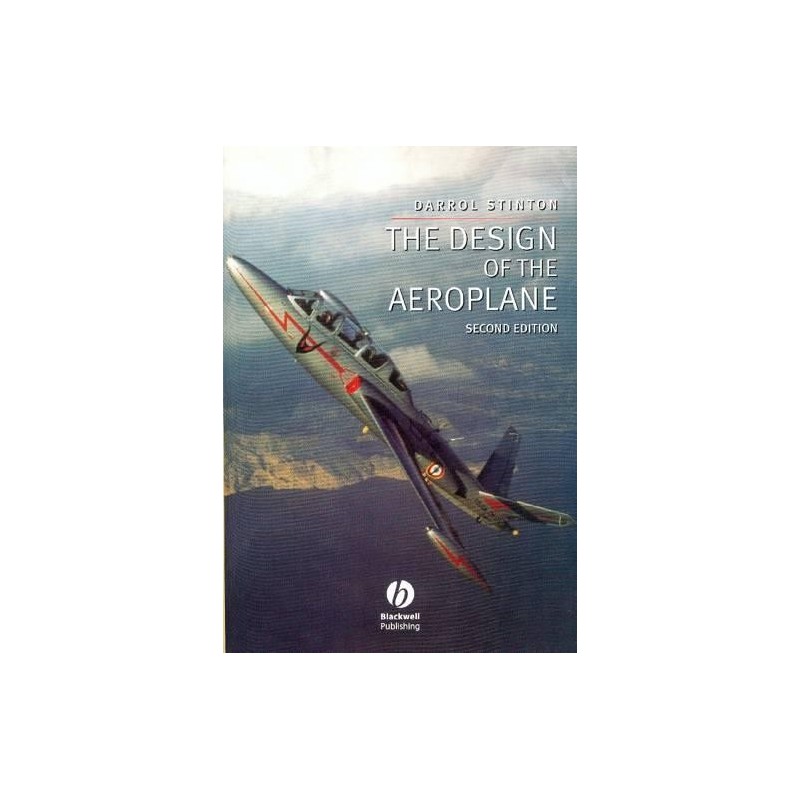 THE DESIGN OF THE AEROPLANE. Second Edition.

The new edition of this classic textbook, used by universities, training schools, industry and enthusiasts, has been extended to feature a number of new studies in practical aeroplane design.

Mathematics - which general readers may skip - is the minimum needed to work out common sense shapes, aimed at meeting the certification requirements of the three world airworthiness authorities: FAA (USA), British CAA and European JAA. Land and seaplanes are included, from microlight and commuter, to a 30-seat surface-effect (ekranoplan) regional transport, to satisfy specific markets. A new chapter, on "Using the back of an envelope", shows how to make "ballpark" technical judgements.

Darrol Stinton MBE, PhD, CEng, FRAeS, FRINA, MIMechE, RAF(Retd) was born in New Zealand and grew up in England. He is qualified test pilot and aeronautical engineer who worked in the design offices of the Blackburn and De Havilland aircraft companies before joining the RAF.

His test flying spanned 35 years and more than 340 types of aircraft, first as an experimental test pilot at Farnborough: then 20 years as airworthiness certification test pilot for the UK Civil Aviation Authority on light aeroplanes and seaplanes, before turning freelance.

He has lectured regularly at the Empire Test Pilots' School, Loughborough University, the Royal Aeronautical Society (of which he is pas Vice President), and the Royal Institution of Naval Architects. His company specializes in cross-fertilization between aircraft and marine craft design and operation.

THE DESIGN OF THE AEROPLANE. Second Edition.