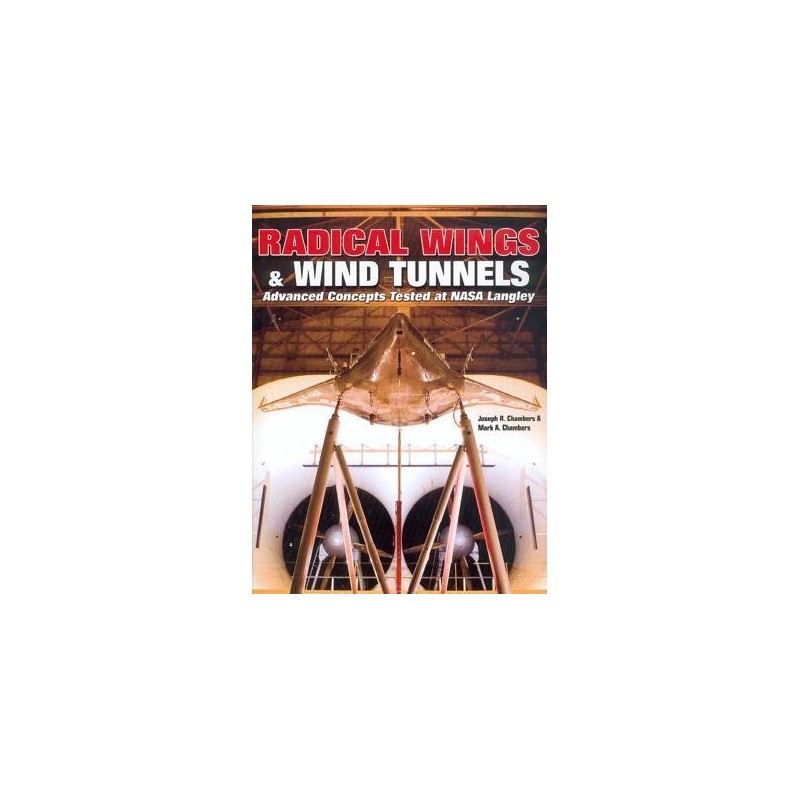 Radical Wings and Wind Tunnels presents a behind-the-scenes look at how the NACA, and todays NASA, have used wind tunnels and flight-testing in past and current projects to advance aeronautical science. NASAs Langley Research Center, located in Hampton,Virginia, was established on July 17, 1917, and has played a key role in the research and development of civil and military aviation since its infancy. For over 90 years, Langleys staff has wind-tunnel tested or test flown a wide range of leading-edge aircraft designs including vertical takeoff and landing aircraft, advanced fighters, civil transports, and high-speed supersonic and hypersonic vehicles. Results from the legacy of Langleys pioneering basic and applied aeronautical research have been incorporated into virtually all U.S. civil transports and military aircraft.

This book describes the very unique testing capabilities of several historic Langley wind tunnels, such as the gigantic 30 x 60 ft Full Scale Tunnel, the Vertical Spin Tunnel, and the Free-Flight Tunnel. The major focus of the book is a discussion of the roles these wind tunnels and the NACA and NASA organizations played in R&D activities for more than 60 radical aerospace vehicles that did not, or have not yet entered production. The contents present an illuminating perspective on how the governments research agencies interacted beneficially with the military and civil communities for many of this nations innovative aeronautical undertakings.

Coverage begins in the 1920s with research on the earliest innovations for monoplanes and extends to current research on tomorrows aircraft including hypersonic vehicles and aircraft designed to explore the Martian environment. Topics also include previously unpublished details of NACA activities in development of U.S. military aircraft in WWII, Langleys work on parawing vehicles, key activities for V/STOL aircraft, challenges for lifting bodies and reentry vehicles, ongoing research to remove the barriers for economically viable supersonic commercial transport, the latest technology for highly maneuverable fighters, and a look at the future.