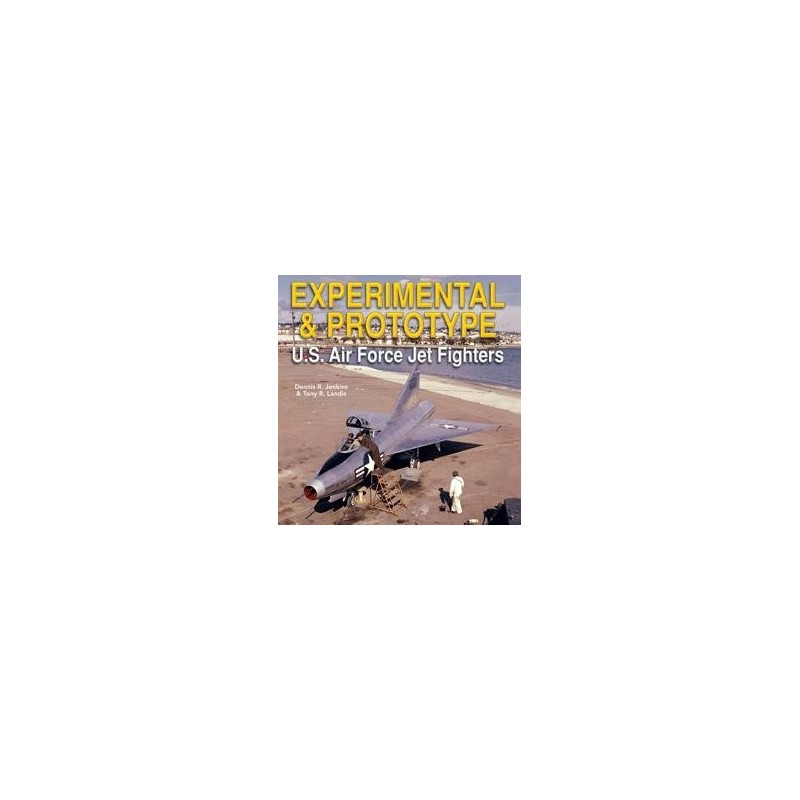 The United States Air Force was late in developing a jet fighter, definitely behind Germany and the United Kingdom. Nevertheless, a small number of Lockheed P-80 Shooting Stars did make it to the European and Mediterranean theaters of operations before VE Day, although they did not see combat. After the war, the sheer size of the U.S. aviation industry guaranteed that American fighters would soon dominate the skies.

However, the state of the art was advancing so fast that many development efforts never resulted in production aircraft: concepts that had seemed reasonable, even ideal, at the time were quickly overcome by newer and better technology. In the United States alone, several dozen different fighter designs made it to the prototype stage during the 1950s and 1960s.

In this book, Dennis R. Jenkins and Tony R. Landis look at the variety of different jet-fighter concepts developed by the U.S. Air Force after World War II. These pages cover all experimental and prototype jet fighters that made it to the hardware stage design studies and paper airplanes are not discussed since other current books are dedicated to those subjects. The rationale for developing each aircraft is covered, along with a discussion of the technology needed to build it, its flight-test program, and the reasons it was cancelled or ordered into production. The text is derived mostly from official Air Force documents, and all of the aircraft are well covered photographically, usually with seldom-seen images showing them as they appeared during their flight- test program.